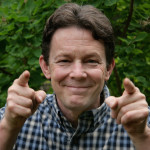 A Pageant with a Purpose: the Misters of South Whidbey Strut their Stuff

For the tenth consecutive year, the Mr. South Whidbey Pageant will be held to support those in our community who need help with medical expenses and emergencies. Sponsored by the Friends of Friends (FoF) Medical Support Fund, an organization that has raised over a million dollars to provide temporary shelter from medical hardship, the pageant will feature the winners of the past nine years in a talent extravaganza as they compete to solicit donations from the crowd. The man who raises the most money, wins.

Come watch the hilarity ensue at this annual event to decide who will be 2015’s Mr. South Whidbey.  Tickets can be purchased in advance at Langley’s Moonraker Books. In addition, you can begin voting for your favorite candidate now at http://fofmedicalsupportfund.org/

In a blatant attempt to influence voters, and because we asked, some of the candidates gave us their thoughts on the upcoming pageant.

Randy Hudson, a member of the Rural Characters band and a Clinton-based foundry worker, always goes the extra mile for Friends of Friends.

WLM: Why should people should vote for you?

RH: Because I am the Donald Trump of this election—entertaining but otherwise unqualified. Plus, I’m likeable enough.

WLM: Do you possess any interesting or hidden talents?

RH: No. I have already publicly overexposed the extent of my talents.

RH: I am an advocate for National Health Care, but until that happens the efforts of groups like Friends of Friends are becoming increasing important and need our support. Other than that, I am finally overcoming years of debilitating stage fright and cherish the opportunity to sing to a crowd who will cheer for anything.

Paul Mathews, a former Friends of Friends board member, is a world traveler and punster extraordinaire.

WLM: Why should people vote for you?

PM: The other guys have talent; I have courage. Plus, I have no shame.

WLM: Do you possess any interesting or hidden talents?

PM: I am able to recite all the letters of the alphabet in alphabetical order, completely and without interruption.

PM: This is my second Mr. South Whidbey Pageant; I was in the very first event. Prior to that, I had been the only male member on the FoF board. I always felt that the good ladies of the board nominated me to punish me for resigning, so my performances have been a kind of pay-back or revenge, if you like.

WLM: Why should people vote for you?

FP: The last three presidents of these United States of America have each been elected for two terms; people really don’t like change. They know what to expect, and since I am the reigning Mr. South Whidbey, people should cast their vote for me!

Do you possess any interesting or hidden talents?

FP: I ran last year as a contestant lacking ‘talent.’ Nothing has changed. I’m just a normal, down-to-earth person.

FP: Really, it was decided for me. I have a hard time saying no to a good cause. Kathy Gianni is the one I blame for my involvement! I did have fun the first time, I have to admit, though I’m much more nervous this time around.

Rocco Gianni, a retired schoolteacher and member of the South Whidbey School Board, bicycles up and down the California coast for fun.

WLM: Why did you decide to participate in the pageant?

RC: It’s about making people feel good. I see so many people who really need help, so it’s a no brainer to help bring awareness to their situation.

WLM: What will you be performing for the audience?

RC: I’ll be singing ‘If I Were a Rich Man’ from Fiddler on the Roof. Now, if you’ll excuse me, I need to go pick out a Russian peasant costume.

Sean Fletcher is an author, as well as an editor with Andrea Hurst & Associates. He spends his free time adventuring on and around Whidbey Island.