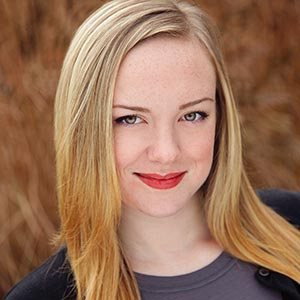 All the World’s a Stage for Olena Hodges

Whidbey’s Island Shakespeare Festival’s seventh season kicks off on Friday, July 8 with Shakespeare’s comedy “As You Like It.” The following evening will feature the opening of “Jane Eyre” and “Julius Caesar,” completing the season’s rotation, will open Thursday, July 14. Whidbey actor Olena Hodges, who made her 2010 debut with the festival in the role of Rosalind, returns to that same role this season. In fact, she’s appearing in all three productions.

2016 ISF company members Paul Dederick as Caesar in “Julius Caesar,” Olena Hodges (center) as Rosalind in “As You Like It” and Maya Sugarman (right) as Jane in “Jane Eyre”   (photo by Michael Stadler)

Acting has been Hodges’ passion for virtually her entire life. She remembers playing drama games in preschool. “We would turn our chairs upside down, pretend they were spaceships, and then create a story.” Her face lights up at the memory. “It was so much fun!”

Workshops with Seattle Children’s Theater followed. “I played Hades. My mother altered a vintage black dress for my costume. I had this line: ‘I am Hades, goddess of the Underworld and of all the Dead.’ I remember being onstage for this moment and thinking This is so good.”

In 1996 her family moved from Seattle to Whidbey Island. “Lucky for me, there was an amazing children’s theater here, just waiting.” Whidbey Children’s Theater proved a fertile creative home for the young thespian.

“As a young actor, there’s so much fear of being good—being a good actor,” she continued. “It’s not about being good. That doesn’t really matter. What’s going to make a performance worth watching is the human condition being portrayed truthfully.”

In addition to currently acting in three plays at once and serving as associate artistic director for ISF, Hodges blogs for a retail website, writes for Whidbey Life Magazine, and serves as associate producer for Theatrical Mustang, Seattle’s premier theatrical podcast. “It’s been amazing for me, talking to other artists,” said Hodges, who usually conducts the program’s classical theater interviews. “And it’s been a really great way to get word of ISF out there.”

“Olena is talented but also incredibly hard-working and trained,” said longtime friend and fellow ISF actor Bristol Branson. “I absolutely love to see how far she and ISF have come. I count myself extremely lucky to have worked with her as a fellow actor and to call her one of my dearest friends.”

“Olena’s passion for ISF, for Shakespeare, for theater and for life is astounding,” said Susanna Rose Woods, ISF’s founder and artistic director. “She seems to have limitless energy and creativity and dives into everything that needs doing with indomitable spirit.”

Woods founded ISF in 2010 with the goal of “demystifying” Shakespeare’s work and bringing it to the widest possible audience with a “pay what you will” business model. Understandably anxious about attendance for their new endeavor, Woods gathered the company before curtain on opening night and told them “If we have as many people in the audience as we do onstage, we’re good.” Approximately 800 people attended the play over the first two weekends. Attendance has consistently risen in the years since.

“This type of theater,” Hodges said, “is something our community is hungry for and really embraces.”

After a few location changes, ISF settled in 2015 at their current location in the field behind the South Whidbey Academy in Langley. A recent Kickstarter campaign enabled the purchase of four large shipping containers that have been modified to create storage and dressing rooms as well as to delineate a theater space.

“We’re creating an amphitheater,” Hodges said. “Plus, being outside allows for more creative license. For example, [the production] ‘Jane Eyre’ needs to be two stories high.”

But what about the circus tent that’s been an iconic landmark for the group? Returning patrons needn’t worry. The tent will now serve as the festival’s “lobby.”

Hodges as Rosalind in “As You Like It”: Photo at left—Hodges (right) in 2010 with Bristol Branson   (photo courtesy of ISF).  Photo at right—Hodges this year   (photo by Michael Stadler)

“This is a huge year of growth for us,” Hodges said. “I’m excited that so much of this season’s company is from Seattle. We have some really established artists with a following, and that will increase ISF’s relationship with the Seattle community.”

“I’m really stoked for ‘As You Like It’,” Hodges said. “I’m so excited to come back to Rosalind and her Forest of Arden when I’m so much further along in my craft. It’s definitely part of that journey to self [that she learned in conservatory].”

When asked what her favorite part of being an actor is, Hodges grows thoughtful: “I’m grateful for the empathy I’m reminded of every day in my work. To be an actor you have to really be able to understand and embody a different perspective. As a human that’s what I’m most grateful for.”

“Closing night!” she howls. “It’s the worst! So depressing.”

Catch Olena Hodges and the rest of the Island Shakespeare Festival in “As You Like It,” “Jane Eyre” and “Julius Caesar” from July 8 through Sept. 11in Langley. For details, please visit http://www.islandshakespearefest.org/.

Leslie Irish Evans is a podcast host, Huffington Post blogger, and the author of “Peeling Mom Off the Ceiling: Reclaiming Your Life From Your Kids.” She lives in Langley. Learn more about her at http://www.leslieirishevans.com.