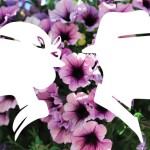 Whidbey Children’s Theater friends, families, and newcomers are invited to attend the annual fundraiser Artapalooza!, this year in two acts on Saturday, April 25 at Fireseed Catering in Langley.

ACT ONE: The public is encouraged to don their best springtime vintage apparel and attend a Garden Party with tea, treats, lawn games, artist booths, youth performances and the reveal of the 2015-2016 Whidbey Children’s Theater Season! Act One runs three hours, from 2 to 5 p.m. Suggested Donation is $10 upon arrival.

ACT TWO: An elegant three-course dinner with live and silent auctions of fantastic goods and experiences. Act Two runs four hours, from 5 to 9 p.m. Tickets go on sale Thursday, April 2. Seats are $100 per person or $900 for a table of ten.

Executive Director, Cait Cassée is thrilled with the updated format to the organization’s annual fundraiser, “We have been able to keep our open-arms atmosphere with Act One while tying in an unexpectedly formal element with Act Two. We’re consistently focusing on the magic for the kids in our organization; now we’ve included a magical evening for the grownups!”

The 2nd Annual Whidbey Children’s Theater Artapalooza! is held at Fireseed Catering at 6051 Coles Road in Langley. For more information, attendees can call WCT at 360.221.8707 or visit www.whidbeychildrenstheater.org.

Whidbey Children’s Theater is a non-profit organization dedicated to bringing the magic of The Arts into the lives of children for over thirty years.