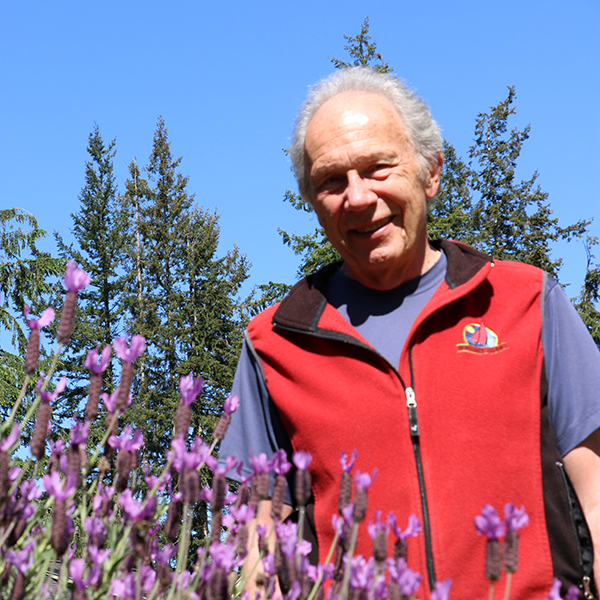 If you aren’t listening closely, a conversation with Johnny Palka, neurobiologist, retired professor, former board member of the Whidbey Institute and numerous other Whidbey Island non-profits, might lead to you believe he’s a bundle of walking contradictions.

Now Johnny is returning to biology and writing a blog called Nature’s Depths (http://www.naturesdepths.com). The goal of the blog is to inspire people to use personal experience coupled with scientific understanding to connect ever more deeply with the fullness of the natural world. This blog might turn into another book— but maybe not.

If you listen to Palka over the course of a full conversation, you begin to see that the seemingly antithetical pairs reflect how his approach to understanding life is deeply integrated, and why a blog is part of his reality for the time being.

“My career as a neurobiologist and a professor led me to believe that a thoughtful focus on the building blocks of nature, and on their functions, can lead individuals to an awareness of connections,” he said. “I want to communicate the interplay between reductionism (a study of parts) and holism (a study of systems). But most of all, I want my photos and writing to offer a bridge—a means for a non-scientific audience to actively experience the science of the world in which they live.

“When I launched Nature’s Depths last November, my plan was to do a post every two weeks for a year and then assess whether to try to convert the collected pieces into a book,” Palka continued. “At this point, more than halfway through the timeline, I’m still thinking about it. There might be a book if a publisher is interested in it. Otherwise I am finding that writing a blog is very satisfying, and the feedback has been very encouraging.”

The wording of his posts consistently reflects his philosophy:

“Each living being is an individual at the same time that it is a member of a species, a population, and an ecosystem.”

“Flowers are what they are. Humanity breeds many varieties of flowers to make them…more affecting to us, but they are nature’s creation, not our own. It seems only right that we should examine them closely on their own terms.”

“How is it that the shoot of a plant typically grows upward, the root grows downward, and the branches grow sideways?”

Examples of topics he has addressed include: what is the origin of the colors of flowers, leaves and the blue sky; how photosynthesis transforms the energy of sunlight into sugars; why trees in northern climates don’t freeze to death in bitter winters; and even such broad questions as what is life.

Palka’s word choices accentuate his approach. If you read multiple posts that he’s written, including those in the archives, you’ll see a pattern of very open language. He asks his readers to “visualize.” He walks them through explanations of complex biological processes and then asks them to reflect on their own experiences in nature. His writing is not spiritual in focus, but it might have you examining your understanding of life and spirit.

Possibly, as yet another example of a contradiction that is not one, he sets a gentle, yet rigorous tone of observation and research before judgment. He asks humans to not anthropomorphize plants but, instead, to look deeply at them as a way to appreciate the attributes we share and the many differences between us, as a way to recognize and respect the full spectrum of life.

Palka’s blog is such a consistent reflection of the man that, as you read it, you can hear him speaking to you. You can imagine sitting across from him; his chin is tucked slightly down toward his chest so his eyes look up at you, as if you’re positioned higher than him—classic body language to put you at ease. And yet the resulting gaze implores you to set aside your assumptions, observe and THINK.

We, here on Whidbey, are surrounded, more noticeably than most, by a gorgeous and relatively healthy ecosystem. In offering us his blog, Johnny Palka reminds us that we are not only a beneficiary of that ecosystem. We are an inseparable part of it.

Judy Feldman, E.D. of the Organic Farm School, is an observer of systems, a weaver of complexity, and a huge fan of farms and farmers.She also enjoys looking for beauty in unexpected places.