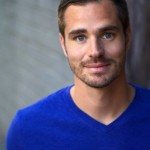 Tone up your funny bones!

Stand-up comic Brian Moote is coming back to The Clyde again this summer with another hilarious show at 10 p.m. Saturday, August 16. He’s bringing his fellow comic Geoff Keith too.

Last year our Moote shows (both Brian and his brother Pat had shows) sold out, so advance tickets are a good idea. You can buy them at The Clyde, Wander on Whidbey in Langley (except Tuesdays) or The Taproom at Bayview Corner.