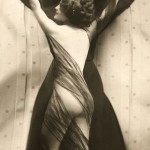 In celebration of Poetry Month, Ott & Murphy’s Winery Tasting Room presents the second in the new series of Cabaret entertainments this Friday, April 17 at 7:30 p.m. The series is produced by Judith Walcutt and hosted by David Ossman.