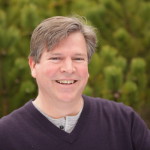 Congratulations to Cameron Castle, our Whidbey Writes featured writer for September. We’re pleased to be able to share his short story with you. Whidbey Writes is a collaboration between the Northwest Institute of Literary Arts (NILA) and Whidbey Life Magazine (WLM). Its purpose is to give WLM readers an opportunity to enjoy short fiction and poetry by writers who have a connection to Whidbey Island.

We look forward to publishing the original work of selected winners at the beginning of each month as part of Whidbey Writes. NILA and WLM congratulates Cameron and thanks volunteer editors Heather Anderson, Mureall Hebert and Chris Spencer who review submissions on solstices and equinoxes and pass on the work they enjoy most to Whidbey Life Magazine for publication online and in print.

To find out more about Whidbey Writes and the submission criteria, visit the NILA website. To make a submission, use this page.

I Learned How to Spit

The other day I was mad, just pissed off for some reason I don’t remember. Some inanimate object failed to cooperate, so I was mad. I don’t usually get mad at people or anything with free will. It’s a table leg, or a drawer, or a tape dispenser that acts in a disobedient way that fuels my anger. Probably the pitchfork I was holding was the culprit, but it doesn’t matter because what followed next is what is important.

I slammed the tines of my pitchfork into the edge of my compost pile, turned my head, and spit. I launched a projectile out of my mouth in a beautiful arcing motion that sailed gracefully at least ten feet, landing on the freshly mowed lawn. I gurgled and tried it again. It flew like bird.

I had never been able to spit. Coincidentally, I also never before in my life needed, used, or owned a pitchfork. I believe those two are intertwined in this mystery.

Spitting first became an issue in junior high. It was an early marker of virility. On the playground boys would spit. Most could expel some sort of something a reasonable distance. Anything past one’s shoes was acceptable.

Two boys, Steve and Mike, were head and shoulders above the rest. Elite. They would stand side by side, and with a crowd forming, put on a show. Each could attain distances beyond ten feet. They had different styles. Steve was the head tossing, low volume, high arching style. Mike was just the blaster. Artillery. Sturdy and leaning forward he would fire a cannonball. The competition was fierce. They would jockey back and forth as champion.

I never cleared my chin.

I could have had a live bug in my mouth, and I would rather swallow it than risk a girl seeing me try to spit and have the result being the thing flapping or wiggling from my chin.

My father couldn’t spit worth a damn either. He didn’t mind though. He spit often because he smoked unfiltered Lucky Strike cigarettes and constantly would have to spit out the bits of tobacco. Same every time. Spit. Wipe.

I moved to an island, Whidbey Island, north of Seattle, and live on five acres. The last house I lived in had a patch of grass in the front yard the size of the felt on a pool table. I could mow the front and back yards in nine minutes. If my wife, Laura, ever asked, “We need to leave in ten minutes. Are you ready?” I could answer, “Yes.” Then go mow the lawn. Now it takes me five hours on a good day to mow. I love it. I have a tractor mower and, as mentioned, a pitchfork.

The previous owners left the tractor. Perhaps because the yard at their new house in Phoenix didn’t require it. But what a gift. They left an owner’s manual, which was necessary because I had never started or used a riding lawn mower. But, possibly as a joke, the instructions they left were in Spanish.

The first time I climbed on board, I looked at the key, jiggled the gear shift, touched the two knobs and one lever, and . . . pulled out my cell phone. On the dashboard there were two notations. One was a very simple drawing of a man flying off a tilted tractor with his arms and legs splayed out with a circle and a line through it. Next to that, a toll-free number. I called it.

“Sears customer service. How may I help you?”

“I am sitting on the tractor lawn mower the previous owner left me. And, ah . . . how do you start it?”

“You’re not the original owner, so you have no warranty protection. I cannot help you. You can go online and download a manual. Anything else I can help you with?”

With sarcastic comments swirling in my head, I downloaded the manual. It said to pull out the choke, press down on the brake, and turn the key. There was a picture of the dashboard. I went to the mower. Same model, same dashboard, only no choke. Just smooth red metal where the choke was supposed to be. I called back. Same story. I fought my way to a supervisor, and under the fear of losing his job over helping me, told me how to start the thing.

It worked great until late one afternoon. As it started to get dark, I noticed the thing had headlights! I flicked on the lights, mowed ten more feet, and then the whole thing stopped. Lights, engine. Poof. Stalled in the middle of the yard. Getting dark, with rain in the forecast, I fiddled around until I figured out I’d blow a fuse. I searched, but I couldn’t find it anywhere. So I called the toll-free number again.

“Warranty? Yup.” I answered, then used the last name of the previous owner.

“I need you to tell me where the fuse is located.”

“Really? That’s a great help. So I can stop looking in the refrigerator, or in those bushes. Under the hood? Seeing as I never would have thought to look there, and you have already been such a huge help, could I ask you to go even a step farther and let me know where under the hood I should look?”

“It must say it somewhere. I have been looking for an hour. Can you ask somebody?”

I gave up for the night and tackled it again in the morning. Tucked up at the top, next to the steering column, behind a tangle of wires and hoses was a tiny opaque yellow fuse. I pulled it out and went to the hardware store. They had it. In a five pack. At the counter I said, “I am over fifty years old and this is the first time I have ever needed a riding lawnmower fuse. You are selling me a 250 year supply of these things. My great-great grandchildren will have to pass them down in their will.”

You’re starting to get the picture. City kid, salesman moves to the country. “Green Acres is the place for me . . .” I have never been the least bit macho. I sold china and linen to restaurants.

The previous house we owned, in the sub-division with the pool table lawn, was eight feet from my neighbor’s house. He owned a Harley Davidson repair shop. One day he was in his driveway working on a big motorcycle. I was in my garage with the door up, sorting cotton napkins to show to a restaurant. Laura came out to the driveway, and I asked her the following question. Holding up a teal napkin, I wanted to know if I looked okay in the suit and tie I had picked out. I asked, while holding a cotton damask napkin in the air, “Does this tie go with my outfit?” At which point my neighbor cringed so dramatically he crunched his knuckles on some gear or bolt and let out a painful yelp.

Back to the pitchfork. I bought one and I use it. Just the ticket for turning the compost pile. My mower now runs like a top. I shovel, and plant, and prune. And I now do another thing. I spit. Like a champ. I don’t know why I can do it now. I don’t know how changing my surroundings, daily routine, and lifestyle could produce physical changes, but it did.

Next time I am out working on the property and I get a bit of grass in my mouth, I am going to spit. I am going to launch that sucker into the air in a glorious long-distance arc that would make Steve or Mike proud.

Then I might just head to the hardware store and pick myself up a big ole length of heavy metal chain.

Photos are courtesy of the writer.