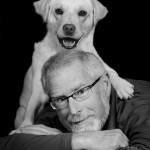 Each month we’ve published a Whidbey Writes writer. After six months we interrupted “Whidbey Writes” to bring you the winners of the Celebrate Writing Contest, featuring young writers (not just those who are young-at-heart). Throughout the rest of the year we will continue to publish more Whidbey Writes selections and take the opportunity to recognize the volunteer editors of Whidbey Writes by publishing an entry from each of the editors starting with Chris Spencer and his selection “Bare Naked Betty.”

Whidbey Writes is a collaboration between the Northwest Institute of Literary Arts (NILA) and Whidbey Life Magazine (WLM). Its purpose is to give WLM readers an opportunity to enjoy short fiction and poetry by writers who have a connection to Whidbey Island.

We look forward to reading more fiction and poetry in Whidbey Writes, including works from the other volunteer editors Heather Anderson and Mureall Hebert.

To find out more about Whidbey Writes and the submission criteria, visit the NILA website. To make a submission, use this page.

Betty was completely naked in her broom closet. She’d squeezed into the narrow cabinet next to the refrigerator moments before a pack of males came unexpectedly into her kitchen. Cramming herself in with brooms, mops and dusters, she pulled the door shut and stopped breathing as her terror swelled. It was Saturday, 1:13 pm.

How Betty came into this predicament deserves some explanation.

Around 12:15 pm that same day, Betty went to work in her backyard garden. As she dug bulbs, it started raining. She tried to ignore the downpour and quit only after slipping into wet mulch. Retreating to the house through a kitchen door, she removed her shoes, wet sox, muddy pants and shirt and put them in the washer which is in a utility room off the kitchen. In the dryer were damp bathroom towels and her bathrobe she’d washed earlier. Starting both machines, she headed through the kitchen on her way upstairs. Halfway across, Betty realized she was only in her panties and bra. She’d been too preoccupied with load sorting and dryer temperatures to be aware of her attire. Betty halted and listened. The house was quiet. No one else was home. Remembering that Elmer, her husband, had said he’d be at church all afternoon with Father O’Reilly helping the boy scouts, she headed through the living room and upstairs to shower off the gardening mud. That was about 1 pm.

Down at the church, Elmer and the scouts were working on their merit badge requirements in the parish basement. At 1 pm, a funeral began upstairs with the assistant priest presiding . Since it’s nearly impossible to keep a bunch of boys quiet anywhere, Elmer suggested they all go to his house where they could work their projects: emergency preparedness, cooking, dog care, leatherwork, insect study, fingerprinting, fly-fishing, plumbing, bugling, Indian lore and digital photography. The scouts gathered their first-aid kits, fry pans, a dog named Butch, leather tools, butterflies, inks, lures, monkey wrenches, horns, tomahawks and cameras and trooped off with Father O’Reilly and Elmer for the 10 minute walk just as Betty, feeling slightly vulnerable and a little daring, headed through the empty house in her underwear.

Betty turned on the bathroom radio and took a six minute shower singing along to Barry Manilow. Stepping onto the bathmat she remembered that all the towels were in the dryer along with her bathrobe. She bit her lip and frowned. For the record, Betty is a 50+ year-old woman with respectable Victorian sensibilities. Married to the same man for 30 years, she is still a little reticent about undressing in front of him. All her no-nonsense undergarments are utilitarian and modest. Her one-piece bathing suits have full skirts. Victoria Secret catalogues make her flush.

Dripping wet, she stood at the top of the stairs and listened. It was silent below. Where propriety would normally have reigned, Betty suddenly made a reckless decision. Perhaps it was the mild thrill of coming through the living room earlier in her underwear, maybe it was the naughty part of a romance novel she’d read several times before lunch, maybe the cool wetness of her skin made her tingle, but knowing the house to be empty, Betty, always prim and proper Betty, scampered down the stairs au natural.

Betty Pearson goose-bumped at the exhilaration of her indecent foray as she dashed into the kitchen at 1:09 pm. A noise from the living room froze her on the linoleum floor.

She heard Elmer call out followed by the sound of many feet treading towards the kitchen. Panic gripped her as she recognized her parish priest’s voice call out, “Hello Betty.” Then boy’s voices filled the house and there wasn’t a second to lose. The utility room had no door. The backyard was out of the question. She had perhaps three seconds to squeeze into the boom closet and pull the door shut. In her fright she hadn’t time to grab her bathrobe from the dryer.

The closet was about six feet tall, two feet deep and a foot wide. It had the normal objects you’d find in such a space, plus one recent addition. On Friday, Bosco, the family cat, had spent hours staring at the broom closet and swishing his tail, leading Betty to surmise that a mouse resided therein. She put on full-length rubber gloves, a hair-net and surgical mask and set a sticky-glue mouse trap on the closet floor. Then she took a bath.

Elmer came into the kitchen. “Can I offer you something to drink while the boys set up?” he said to the priest. “I’ve got cold duck or warm Pabst.

“As much as I’d love some, Elmer, I better not make a bad impression on the scouts.”

“You’re right. How ‘bout I open a couple of Sarsaparillas?”

Betty barely fit in the closet. Crushed up against the boxed sides, parts of her were getting numb. The mop smelled musty and a squeegee was inappropriately touching her. She was getting claustrophobic and dreaded that her leg would start twitching and rattle the cabinet or she’d sneeze. Then she heard a crash and the sound of breaking glass.

It took a moment for her to process what would likely happen next and her worst fears compounded in a swirl of dread. She could feel the blush of embarrassment heat her whole body.

Father O’Reilly’s voice filled the kitchen. “Elmer, where do you keep your broom?”

Every hair on Betty’s neck stood up.

“In the tall closet,” called Elmer from the living room. “Beside the refrigerator.”

With no inside handle to hold the door shut, Betty tried to hide behind a mop handle. Her terror mounted exponentially as her brain reeled. Squeezing farther in to the recess, she scooted her foot backwards, stepping into the sticky-glue trap. It squeaked. The instant (1:22 pm) Betty realized she’d stepped on a live mouse, stuck in the trap’s glue, the latch clicked.

The worse of two horrors dictated her split second decision. The cabinet door exploded open, knocking over the priest who landed on his back. Without introduction or ceremony, Betty launched off the cleric’s chest and bolted across the kitchen floor faster than she had ever moved in her life. Bosco, who was in the kitchen to avoid the interloping dog, saw the mouse flying by, stuck in the trap under Betty’s foot, and took a swipe at it. His paw cemented to the sticky trap and Betty, the glued mouse and attached Bosco, vaulted into the living room. With both hands covering random bits of her womanhood, she hopped through the scout-filled room on one foot, while trying to shake off the rodent/feline entanglements from the other foot. The wide-eyed scouts parted like the Red Sea for Moses and Betty barreled through and up the stairs bumping a protesting cat up each leapt step. The dog, Butch, seeing a cat in a compromised state, tore after the unusual cluster in full barking pursuit.

Downstairs, no one said anything for at least a minute and remained fixed to their spots. Upstairs, doors slammed, Bosco yowled and Butch barked. When the commotion ceased, the boys began to whisper.

“Was that Mrs. Pearson? Wow, that was way cool.”

Father O’Reilly looked at a stunned Elmer and asked, “Maybe there’s a logical explanation. But I must say that was quite enlightening. Your wife is, well . . . well, never mind.”

Peering up the stairs, Elmer said nothing.

Father O’Reilly took over. “I’ll round up the boys and take them back to church. You stay here find out what that was all about.”

The boys giggled as they gathered up their equipment and headed to the door.

Hilbert Fluglestad, a first-class scout who prided himself on being prepared, closed up his laptop and unplugged his video camera.

“Like, awesome, Mr. Pearson, thanks for letting us use your living room.” He held up a video camera he’d been using for his photography merit badge. “Do you think Mrs. Pearson would do that again for us? I only got the one take.

Chris Spencer is a volunteer editor for Whidbey Writes and the founder of the Short Story Smash, the 100 word story competition that takes place each year at WICA. You can read more about that here and here.