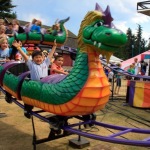 One Year of Whidbey Island life in pictures | David Welton

David Welton captures the Whidbey community in thousands of images, here are some of his top picks that show life on the island over the last 12 months. Some photos were part of features or photos essays published online or in print for Whidbey Life Magazine in 2014 and links to the original stories are below the photo.

A marimba player from Ruzivo starts the dancing at the July Summer Street Dance’s put on by Goosefoot at the Bayview Cash Store. Read more in this blog by Audrey Neubauer, “Neighbors Dancing in the Streets or in the Cash Store at Bayview.”

Erin Wilkies’s daughters and their Boston Terriers compete in the annual Mutt Strut at Bayview Corner. See this photo essay by David Welton, “Mutts Strut in Style at Bayview Corner this Weekend.”

Chef Scott Fraser shares his culinary delight, goat cheesecake, at Frasers Gourmet Hideaway in Oak Harbor. Scott and his restaurant were featured in the Fall/Winter 2014 print magazine, to see this story download the pdf or find the print magazine at these locations.

Realism painter Rob Schouten poses in front of a new painting “Earth.” More on Rob in this feature by Betty Freeman, “Making a Living While Living for Art.”

Crossing the finish line nose first in the Pawz 5k by the Sea sponsored by the Animal Hospital by the Sea.

Tom Lindsay paints with bubbles at sunrise. Read more and see more photos in this story by Martha McCartney “From Leprechauns to Soap Bubbles: I Reckon a Fella Could Do That.”

Larry Dobson demonstrates his zest for life in his aerial swing. Read more and see more photos in this story by Russell Clepper, “The Friendly Giant: Trying to Save the Planet While Having a Blast.”

A celebratory moment, Linda Good accepts the first WLM Arts Grant in behalf of Island Strings and shares a hug with former student Gloria Ferry Brennan at the WLM Launch Party celebrating the first print magazine in May 2014. For more photos from the party, click here. To read more about Linda read this feature by Russell Clepper, “Creating a Good Story: Part 2, Linda.”