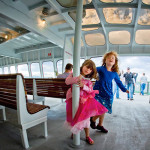 “The camera is the paintbrush, but the quality of the photograph comes from the artistic abilities of the photographer,” said David Welton, one of two curators of this year’s photo exhibit at the Whidbey Island Area Fair.

“Windbreak” 2012 Winner at the Coupeville Festival  (by Kim Tinuviel)

Kim Tinuviel, the other curator, agrees. “While there is some really good/affordable equipment out there, making great images comes from the person behind the camera.”

David Welton at the Langley Photowalk (photo by Kim Tinuviel)

Welton and Tinuviel have teamed up to replace the recently-deceased Terry Permenter, who managed the photo exhibit for more than 20 years. Given the title of “co-superintendents” by the fair’s organizing committee, Welton and Tinuviel reviewed more than 400 submissions. Justin Burnett, Editor of the South Whidbey Record, selected the winners.

“Every entrant received an award,” said Welton. “The quality of these photographs is high, and we wanted to encourage each person to go to the next level in pursuing their ambitions as a skilled photographer.”

Prizes include a white ribbon, awarded to good quality photographs, a red ribbon, given to those whose photos were the next level up in quality and a blue ribbon for those deemed “excellent.” Larger ribbons known as “Awards of Merit” were also presented. The largest ribbon and top prize went to the single photograph judged “Best of Show.” Those who attend the exhibit can vote for their favorites; the most popular photo receives a “Peoples’ Choice Award.”

According to Welton, “It’s scary to show your work. It takes courage to display your photos for others to see.”

Tinuviel and Welton met three years ago at the Edmonds Art Festival. Subsequently, Welton brought a group of photographers from all over the region to Tinuviel’s “Langley Photowalk.” Welton works with South Whidbey Parks and Recreation and is the primary photographer for Whidbey Life Magazine. Tinuviel teaches photography and art out of her home studio and runs her own graphic design business.

“Kayla & Araya on the Clinton Ferry,” 2012 winner at the Edmonds Art Festival  (by David Welton)

Tinuviel says she and Welton consider this a great opportunity to work together and to educate the public about the skill and art involved in creating beautiful photographs.

The exhibit will be at the fairgrounds during regular Fair hours: Thursday, July 31 to Sunday, Aug. 2 at the Malone Building (near the carnival area).