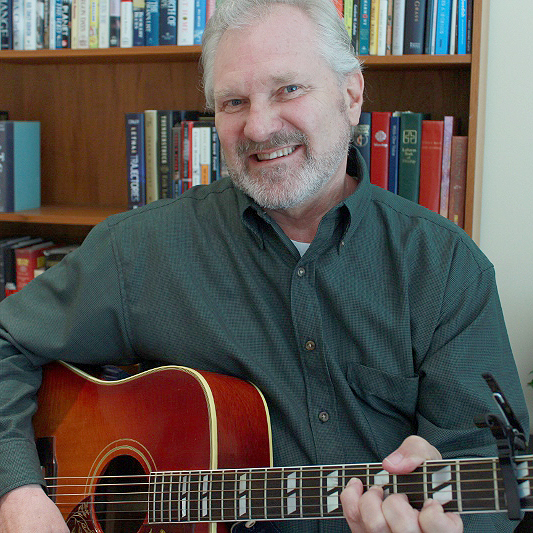 From Folk Songs to Bach Cantatas, Al Benson Sings From the Heart

Where have all the folksingers gone…long time passing?

He recently participated in the highly successful, collaborative production of “Fairy Tales and Ancient Legends,” presented by the Saratoga Orchestra and the 150-voice Massed Choir of Whidbey last March. The program featured a presentation of the cantata “Carmina Burana” by the German composer Carl Orff.

“There were 1,000 people each night,” Benson said. “First up in the gymnasium at Oak Harbor High School, then the next night, in the gym at South Whidbey High. It was the biggest [indoor] music event I’m aware of on the island.”

Since the break up of his folk group, the Northstar Singers, when Benson was a young man, he has been almost continually involved in musical projects, mostly choral singing. Today on Whidbey he performs with the choir at Trinity Lutheran Church and with Island Consort, a relatively new group of instrumentalists and vocalists that presents music from the Renaissance, Baroque and early Classical eras. Benson said he enjoys the challenge of mastering the vocalization techniques necessary to sing the unfamiliar languages of lyrics in music created by Bach and other great early composers.

“‘Carmina Burana has lyrics in Latin, Old German and even Old French. The vocalization can be very tricky,” Benson said. “I like to sing in groups like this where talented people come together and do something interesting and then move on [to the next project].”

Benson’s musical resume includes stints with the Arizona Arts Chorale and Seattle Pro Musica. He has performed at Carnegie Hall, the Kennedy Center in Washington, D.C., and Seattle’s Benaroya Hall, just to mention a few. Such experience lends added heft to his opinion of the local musical tableau. “Whidbey Island is just loaded with talented people. It’s an artist’s colony!”

Benson grew up in Minneapolis where he would get together with neighbors Dan Nelson and Tom Pederson to listen to music; eventually they tried their hand at playing it and liked the way they sounded together. Soon, the Northstar Singers were touring around the Midwest, launching into a career that spanned about six years. Sometimes they were joined by other musicians and singers, such as female vocalists Kris Berg and Patty Elias. The band became one of the premier folk groups in the region, performing at hootenannies, festivals and other venues, including coffee houses, which in the ’60 s were vital to the burgeoning folk movement of the era.

“We loved to play coffee houses,” Benson said. “They were usually packed in those days and people actually listened to the music.” The Northstar Singers developed a style of folk music that was being played during the latter days of the American folk music revival when it surged in popularity during the 1960s. Groups such as the Kingston Trio and the New Christy Minstrels were among those who led the trend, and Benson and his friends were inspired to give it a go themselves.

The Northstar Singers’ performances featured fine, original arrangements with smooth, tight harmonies and intricate guitar and banjo picking. In 1967 they cut an album (recently remastered and re-released on a CD titled “The Northstar Singers Studio Album.”) They had formed the band four year before, during the peak of the popularity of the American folk music revival. The times, however, were a-changin’.

The Northstar Singers were fifteen and sixteen years old when they started the group; they were young adults when it all came to an end with the draft lottery during the Vietnam War. Nelson and Pederson wound up in the armed forces and the group members scattered into separate lives and different regions of the country—following post-war paths into non-musical professions.

Benson got a degree in journalism from the University of Minnesota, but became an insurance expert through his work experience in public relations for an insurance company. This eventually led to him creating a private insurance exchange for U-Haul’s extensive network of independent dealers, long before the implementation of the Affordable Healthcare Act. Benson said it was an at-cost program for the company; U-Haul makes no profits from it, but it has become an important perk in the package the company offers to current and prospective dealers.

Today, although he is officially retired, he continues to administer the program for U-Haul out of his office/studio next to his home on three acres in Greenbank. He keeps his two guitars out there, his Hummingbird and his Guild 12-string, both of which he acquired in the early days of his stint with the Northstar Singers. “My dad got me the Hummingbird. He paid $10 for it. Well, that’s what he said, anyway,” Benson said with a laugh.

He continues to play the occasional solo gig at venues such as Bloom’s Wine Tasting Room at the Bayview Cash Store or the Greenbank Grill and has appeared a couple of times on Whidbey Air’s “Isle of the Arts” online radio program. His next gig will be at 3 p.m. on Sunday, July 19 at Bloom’s.

Benson also pens the occasional tune himself, such as “Paradise Island,” which contrasts the romantic idea of Whidbey that most visitors have with the reality of everyday life for many of its residents. He collaborated with Richard King to write “No Protest Songs,” …a protest about the lack of the sort of activism that often went hand-in-hand with the folk music movement of the ’60s. King penned the lyrics after hearing one of Benson’s interviews on “Isle of the Arts” and contacted Benson who wrote the music for it.

Benson is also an author now. When Pederson and Nelson came to Whidbey Island in 2011 for a reunion, Benson compiled a book containing arrangements of almost 100 songs the group performed; he included photographs, set lists and his reflections on the ’60s folk music heyday. Titled simply “Northstar Singers Songbook,” it includes the CD, remastered from the 1967 tapes of the original recording, and is on sale at several locations on South Whidbey, including Joe’s Island Music in Langley.

Despite the long-time passing, folk singer Al Benson hasn’t gone anywhere. He’s still on the path he found in his youth, just a good bit further along it, playing and singing music.

If you would like to hear recordings of Benson and/or the Northstar Singers, or get more information, click on any of the following links.