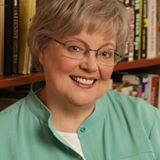 From the Ashes of WIWA: The Whidbey Writers’ Network Hosts its First Event on June 8

“We are homeless, leaderless and penniless,” said Dot Read, a longtime supporter and former chairperson of the recently defunct Whidbey Island Writers’ Association. “From here,” she said—to some three-dozen assembled writers meeting in early May—“there is no place to go but up.”

And “up” they have come. Just a month after that first meeting, the newly fledged Whidbey Writers’ Network (WWN) will hold its first public event—a no-host happy hour from 4 to 6 p.m. on Wednesday, June 8, at the Captain Whidbey Inn in Coupeville.

“We would love for all writers—new and seasoned—as well as writer groupies and curiosity seekers to join us for this happy hour,” said the new WWN facilitator, Tanja Diamond. “It’s going to be a time to hobnob, network, rub elbows, pore over prose and generally join in poetic skullduggery.”

Inclusive is the new byword for the group and, at that initial exploratory meeting, Dot Read filled a whiteboard with everyone’s ideas and dreams, their images and metaphors. (These are writers after all!) It was suggested that the new group function as an umbrella (encompassing writers’ groups, a webpage, and so on) or as a beehive (“for and by writers and about writing!”)

After the whiteboard was covered with priorities, one person said, “I think the real question is, ‘where do we begin?’” Read responded by scheduling another meeting the following week, but she also collected a questionnaire that included one vital query: “Would you serve on a steering committee?”

By the first meeting’s end, the whiteboard was filled with ideas and dreams. (photo by Margaret Bendet)

By the next meeting, there was, in fact, a new steering committee: Pattie Beaven, Lenita Graves, Mary Ellen Jones, Teresa McElhinney, Jo Meador, Deb Morgan, Mike O’Connell, Shawn O’Neill, Dan Pedersen, and C. Lee Sage, led by Diamond and co-facilitator Michelle Schmitdtke. The following week, they named themselves the GPS Committee (to find the right direction) and the week after that they chose a name for the organization.

Jo Meador, on the “GPS Committee,” suggests the group operate like a beehive: “for and by writers and about writing.” (photo by Margaret Bendet)

By then the Whidbey Writers’ Network had already begun to function as an umbrella or, if you prefer, a hive—bringing together local writers and facilitating the flow of information between them. Here are some of the services now associated with WWN:

And there is more in the works. The Bayview Cowork meetings, which have been happening for some time in WIWA’s offices, are discontinued for now, but a new home on Whidbey’s south end is being sought.

At one of the early meetings, a question was asked about why WIWA had—as Read put it—“died.”

“What we need to do now,” says WWN facilitator Tanja Diamond, “is to turn ‘I want this…’ into ‘Here’s how I can help.’” (photo courtesy of Tanja Diamond)

Michele Genthon, the acting CEO of WIWA’s parent organization, the Northwest Institute of Literary Art (NILA), chaired a meeting on April 26 to explain problems that had arisen in the last couple of years—basically, not enough revenue, too many expenditures. “With all the best of intentions,” Genthon said, “the organization overextended itself and just couldn’t dig its way back out.” One specific mentioned was financial losses from WIWA’s last two writers’ conferences.

From the response, it would seem a writers’ organization is, indeed, wanted on Whidbey Island.

“A lot of people want to do a lot of things,” Diamond said, “and we can be the resource group for that. What we need to do now is turn ‘I want this…’ into ‘Here’s what I can do.’ What we’re looking for, and need, is you saying, ‘Here’s how I can help.’”

Margaret Bendet, author of “Learning to Eat Along the Way,” is an independent editor and writing coach and teaches memoir writing at the South Whidbey Center. For more information, go to margaretbendet.com.