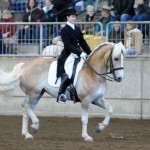 Greenbank Farm’s Loganberry Festival has something for everyone July 27, 28

Annie Jesperson gets into some serious pie at Loganberry Fest 2012. (Photo courtesy of Greenbank Farm)

At Loganberry Festival, the fun on the farm never stops.

There’s something for everybody at Greenbank Farm’s Loganberry Festival, which happens this weekend from 10 a.m. to 5 p.m., Saturday, July 27 and Sunday, July 28. This annual event celebrates the farm and community, highlighting the unique farms’ programs and offering a variety of activities, plenty of food and a whole lot of entertainment for the family.

An exciting new feature of this year’s event will be the raptor demonstrations at 12:30 p.m. on both days. Falconers Steve Layman, Joel Gerlach and Mark Borden will display their falcons’ abilities and explain how raptors benefit agriculture. Following the arena performance, there will be an opportunity to meet the birds of prey in a tent located in the master gardener area beginning at 1 p.m.

“With the addition of the raptors this year, we want everyone to remember that ‘the sky’s the limit’ when it comes of to the potential of Greenbank Farm,” said event chairperson Faith Wilder, “There is just so much here to be grateful for,” she added.

The Falcon Man is Steve Layman, who shows one of his prize raptors. (Photo courtesy of Greenbank Farm)

At 2:45 p.m. each day, a “Medieval Promenade” will appear in the distance at the farm. Visualize a Renaissance Royal Court returning to the castle, with kids waving medieval flags, musicians, jugglers and costumed riders. The entourage will proceed down the hill past the music stage to the arena for a performance.

One other new event is a fun-filled chalk-drawing contest with five categories of artists, from kids to adults and beginners to professionals.

It all started because of this historic fruit.

The loganberry, a vigorous combination of blackberry and raspberry, is a fitting symbol of the resilience and resourcefulness of the farm itself. John Molz planted the newly crossed fruit in the mid-1900s, creating the world’s largest loganberry farm. Chateau Ste. Michelle acquired the property in the early 1970s and then shocked the local community with plans to sell it for residential lot development in 1995. The land was saved through the efforts of islanders and friends and Greenbank Farm has become a testament to public, private and non-profit collaboration – in itself a great experiment.

Three art galleries, the offices of the Whidbey Camano Land Trust and a variety of shops devoted to cheese, wine and pie balance out the open space that holds the farm’s walking trails and organic farm fields; natural habitat stewardship elements of the farm.

Judy Feldman, executive director of the Greenbank Farm Management Group, said that in the past few years, Greenbank Farm has become home to the Organic Farm School, beginning an organic seed development program to benefit not only Greenbank Farm and its students, but also small farmers throughout the region. Today, farmers on site are mostly students who spend just as much time growing better soil and a strong sense of community as they do learning how to grow organic vegetables and a triple bottom line.

“We’ve garnered almost $190,000 in grant support for the program in one of the worst economic downturns in our lifetime,” Feldman said.

“Our tenants have remained in place, our walking trails are visited on average by 80 dogs and their humans each day, and our natural habitats are managed with an eye toward welcoming the 88-plus species of birds identified by the Whidbey Audubon Society,” Feldman added.  “Plus we’ve created a stormwater program that includes rain gardens, a water catchment system and a water quality project.”

The Loganberry Festival is loaded with family-friendly activities, and the only fee is a suggested donation of $5 per carload when you park, Feldman said. This helps to defray the cost of entertainment and associated licensing fees.

“So put as many people in your car as is safe, and come join us,” she said.

“So you’ll always have a good seat for whatever catches your interest!”

For a complete schedule of the weekend’s activities and for more information click here, or email the Farm at director@greenbankfam.com.

Claire Moore is a retired graphic designer and writer who is delighted to be writing for Whidbey Life Magazine. She can be reached at cbear53@mac.com.