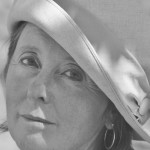 Two different things inspired me while pointing me in the same direction.

The first was local author Vicki Robin’s experiment to survive on foods grown close to home. She committed herself to part of a year of eating mostly local food. Displaying her usual creativity and tenacity, she wrote up the experiment and sold it to a publisher, resulting in the book “Blessing the Hands that Feed Us.”

Second source of inspiration: a PBS program called “Can Eating Insects Save the World?” In graphic detail and gory color, folks are shown feasting on water bugs, grasshoppers, and tarantulas. (Yes, you read that right.) Given the tonnage of insects per human being, eating insects might just be the solution to world hunger. After all, insects are high in protein, mature rapidly, consume little energy (think cricket versus cow), and are plentiful. (At times, alarmingly so.)

Inspired and curious—we all know that’s a dangerous combination—I asked myself the question: could I find enough to eat, here in my own island backyard, to sustain me? Not for a year. Not even for a day. Just for a single meal. One dinner.

I decided to find out.

And it was, after all, dinnertime.

My only piece of foraging gear consisted of a Tupperware container with a snugly-fitting lid. Thus equipped, I ventured out into the mist descending on Saratoga Road.

The pickings were not slim.

Within the first few minutes of walking, I noticed three kinds of slugs making their way out of the nettles and onto the shoulder of the road. (I happen to know that nettles are indeed edible but sting fiercely when picked, and I had brought no gloves.)

The first kind of slug I encountered was big and brown with an orange rim around its fleshy parts (which is all of it). Big Brown seemed to crawl in patterns, leaving a trail that glistened in the twilight and, to my eye, spelled out assorted messages: “I am Delicious!” and “Bursting with Flavor” and “Eat Here!”

I resisted Big Brown’s blatant advertisement in favor of a more subtle slug just ahead—a long, bilious looking creature the color of, well, snot. I was about to pluck Long Snot from the pavement and deposit it in my Tupperware when I saw, further on, a third slug that really got me retching…er, salivating. It was shiny black and resembled nothing so much as a piece of writhing licorice.

While I stood deliberating whether I wanted to become part of a local food movement, all around me local food was moving, the road crisscrossed with slugs—as many as my empty stomach could stomach.

As I walked on, observing these meals-under-wheels, I noticed another critter in plentitude. Turns out my first-time search for local food had coincided with a massive hatch of—ta da!—tent caterpillars. These little orange and black goodies were humping along the road at remarkable speeds, making the slugs look…well, sluggish.

Because…because…because…prior to plundering nature’s bounty, I should have a plan for preparing my slugs and caterpillars. A recipe for these roadside hors d’oeuvres. An idea of how to cook these creepy crawlies.

I was desperately hoping I would have no idea whatsoever.

I immediately thought of oysters.

I love oysters. More particularly, oyster burgers. And what is the slug if not a kind of land oyster? Indeed, the slug is a terrestrial gastropod mollusk. “Gastro” as in “gastronomy.” “Gastro” as in the art or science of good eating.

I felt encouraged. Inspired. Along with Vicki Robin, I, too, could be creative in my quest for local food.

I could prepare the slugs—Big Browns, Long Snots, Writhing Licorices—the same way I prepare oysters for burgers: dip the slugs in an egg batter, dredge them in flour seasoned with pepper and salt, fry them in a skillet.

And the caterpillars? Spread out on a cookie sheet, baked in the oven, could they pass as onion morsels—with fur?

I envisioned a slug burger—hold the mucus—with a side of crispy caterpillars. Served with a stinging nettle salad.

I was bending down to pick my first caterpillar off the pavement when I realized I had no clue whether the thing was safe to eat. Whether it was safe to eat any of the three varieties of slugs sliming up the road with their assorted messages: “We Dare You!” and “Yankee, Go Home!” and “Coward!”

Then and there, I realized I would have to put my experiment on hold, at least for as long as it took me to hoof home and check the internet. Surely it would tell which bugs were safe to eat. Why else is it called the net? The web?

I returned home with an empty Tupperware container. Not so much as a nettle leaf inside, the lid never even lifted.

With the small amount of enthusiasm left to me, I turned on my computer. Would slugs slime my insides? Would tent caterpillars spin cocoons in my gastrointestinals? Once I had answers, I would go back out there. I still had enough time to hit the road, enough light to glean by.

But my server was down.

I blessed the technical failure as I made myself a sandwich (cheese from foreign lands, salami from a factory farm, bread from a faraway oven). As I chowed down, I recalled that the PBS commentator had mentioned—more than once—that bugs are an acquired taste. Especially tarantulas. (He should’ve added tent caterpillars and slugs to the list.)

Devouring my nonlocal, delicious sandwich, I wondered if I’d be writing my own book about my own experiment. What would I call it? “The Squeamish Scavenger”? “Stooping Low for Local”? “The Quarter-Mile Diet”?

Until whatever-it’s-called hits the shelves…please…nobody tell Vicki Robin about this.