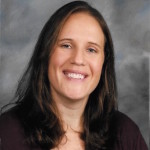 Throughout the last year we recognized the volunteer editors of Whidbey Writes by publishing an entry from each of them. This month we are pleased to introduce Heather Anderson and her short fiction “Black Sunday.” We invite you to read the work from the other editors, Mureall Hébert and her short fiction selection “Welcome to the Party,” and Chris Spencer’s selection, “Bare Naked Betty.” We thank them for their dedication and talents and are grateful for their continued support of Whidbey Writes.

The purpose of “Whidbey Writes” is to encourage writers with a Whidbey connection to submit short fiction and poetry for publication in Whidbey Life Magazine, thereby giving our readers an opportunity to enjoy these creative writings. Throughout the past year, Whidbey Writes has published monthly selections of short fiction and poetry online. The most popular of these entries will be published in the next Whidbey Life Magazine print issue; so if you like a story, share it!

The sun was almost white against the pale blue sky, but the rest of the world was brown, dirt brown. The sun bleached house, wagon, barn and plow, the people, animals and even the clothes laundered fresh that morning held a dingy, grungy dirt brown cast to them. The dirt was everywhere; in your hair, in your nose and even in the cupboards. The heat index was well over 90 for the the second month in a row.

“Tilly said last week that the Tuner’s was leavin’.” Susanna snapped the ends off the green bean and tossed it in the bowl. A board creaked softly beneath the porch rocker.

“Oh, Suzie. That’s hogwash. You know very well, Tilly Miller is a couple teaspoons short of soda in her biscuits.” Loretta tossed a peeled spud in a pot of water and replaced the lid.

“I’m surprised at you. Talking ‘bout our neighbor that way. You know true as the color of your hair she’s the one’s been stirring up the dust. Without her we’d be flooding up to our eyes and our crops would be waterlogged.”

Bobby slammed through the screen door stopping the women’s conversation.

“Bobby! Stop that, you’ll break the door. Did you set the table?” Loretta asked.

“And you flipped the plates and cups?”

“Yes’m.” Bobby stood in front of his momma. His leather shoes were worn at the toes and his socks sagged against the boy’s chicken legs. The rest of his moth eaten clothes hung lose on his skinny frame as well.

“You should of seen this land before, Bobby. Rows ‘pon rows of wheat, sometimes as high as my chest, as far as the eye could see. The wind would sweep across it and the stalks moved like that shiny fabric your momma likes. It was a beaut’ before the rains came.” Smitty pulled the dirt encrusted red bandana away from his mouth and took a swig of water from his dented canteen.

“I sure wish I coulda saw it. Pa, do you think it’ll ever be like that again?” Bobby asked, his voice muffled by his own bandana.

Weathered wrinkles fanned out from Smitty’s eyes as he squinted against the glaring sun, trying to bring the picture back. Instead all he saw was dirt; in his eyes, on the ground, and swirling in the air as if taunting them. Two miserly rows of vegetables had sprouted despite the desiccated land. His lips pursed and his teeth gnashed together, bits of grit crunching between his teeth. He spit. “I reckon. Long as we can keep the rains at bay. We gotta cleanse the land first. Let it dry out some.”

“When will it be clean?”

“Soon, Bobby. Soon. You got chores to finish. Now go’on.”

“Yessir.” Bobby snagged the canteen before he hopped off the wooden crate and ran toward the barn.

“And remind your ma that there’s a meetin’ tonight after supper!”

Smitty grumbled under his breath and started the gasoline tractor. The engine rumbled and he continued the plodding, halting path down the row, the plow scoring the dehydrated earth.

After supper, Suzie, Loretta, Bobby, and Smitty piled into the wagon and went into town. As soon as they hit the edge of town, Bobby jumped from the back.

“See y’all after the meetin’!” He waved and ran toward a group of boys loitering on the street.

Smitty tethered the horse, then helped the women from the wagon. “Best not stay too long at the feed store, Smit. They’ll just get you all riled up. Meetin’ starts in ten minutes,” Loretta said and she and Suzie walked over to the school house to get set up.

“We’ve done everything we can. There’s only a short time left now. Did ya’ll bring the soil?” Tilly Miller stood at the front of the classroom a wooden bucket in hand as the heads of the townsfolk nodded, murmurs surfaced then died down. “If ya’ll’ll come up one at a time and deposit your soil. I believe we’re almost ready.”

One at a time families brought their satchels of dirt to the front and up ended them so every granule of dirt poured into the bucket. Dust curled up to float along the air as each satchel emptied. A dozen families later and Smitty emptied his satchel. The bucket was full. Tilly Miller’s thin lips spread in a broad smile spread across her face.

The sweat, hunger, hard labor and sacrifices were finally about to pay off. The boys who’d been playing in the street crowded into the doorway, their youthful voices boisterous.

Tilly Miller raised her hands in the air.“Black Sund’y approaches!” she said over the voices.

“It’s about dang time,” Smitty said and crossed his arms over his chest. A smile tickled the edges of his mouth. Chatter rolled through the crowd, neighbors talking excitedly over each other. Heads nodded and hands slapped him on the back.

Tilly Miller waited until the noise died down. “Ya’ll’ll need to prepare. Gather ya’ll’s loved ones. Gather only what ya’ll can carry. Leave behind all ya’ll’s possessions. Sund’y morning the storm will rise and the sand will fly.”

Smitty woke early, checked his livestock and secured them in the barn. The sun had yet to wake but the stars began to fade. After his morning chores he headed inside for breakfast.

“Yessir.” Bobby soaked up grease with a biscuit and shoved the rest in his mouth.

Bobby smiled around the biscuit. Then picked up his plate and handed it to his ma.

“Head on out, I’ll be there shortly.” Smitty scrapped the last of his breakfast off his plate.

Bobby ran outside with a whoop, the screen door slamming behind him.

Smitty handed his empty plate to his wife, then leaned back in his chair to finish his coffee. “You ready?”

“You best get out there. That boy’s liable to try and take the whole barn if we let him.”

Smitty chuckled. The feet of his chair slammed against the wood floor, then screeched as he pushed back. “Ah’ight.”

Smitty followed his son’s laughter into the barn and to the back stall.

Bobby lay in the hay, surrounded by puppies.

“Can I take them all?” Bobby asked as he looked up at his pa.

Smitty shook his head and held up two fingers. “Two.”

“Then I’ll take a boy and a girl. That way they can have pups.”

Smitty nodded and smiled. “We gotta get ready now. Get the wood from behind the barn and take it on up to the house.”

“Yes’sir.” Bobby scampered out of the stall and slammed the barn doors behind him.

Smitty shook his head, then headed for the tools.

Smitty, heaved the last of the supplies onto the truck, then headed toward his son’s hollerin’.

“Look, Pa.” Bobby pointed to the sky with his elbow.

When Smitty looked behind him, past the barn, the sky that had finally lightened to day grew dark.  “Here it comes. Go get your ma!”

Smitty grabbed up the pups and stuffed them in the wooden crate tied to the back of the truck.

“Smitty? Smitty!” Loretta said, her hand held tight in Bobby’s as he pulled her from the house.

She stopped at the side of the truck and pulled Bobby pulled his hand free of his ma’s.

“Oh, my word.” Hand on her chest, Loretta stared at the growing clouds of dust.

Smitty, Loretta and Bobby clambered into the truck.

Dust rolled over the plains, blanketing the ground and filling the sky like storm clouds. The sky faded from light blue, to gray, to black and swallowed the barn.

Smitty cranked the truck to life and headed west, away from the dust. Winds picked up as the clouds loomed near and before long, the torrent of winds drowned out Bobby’s excited laughter.

Light gray winds raced past them and Smitty looked back just as the cloud of black enveloped the house. The truck bumped and rattled along the pocked road. Despite the gusts of wind drawing the dust storm near, Smitty felt only a slight summer breeze. The cloud around them grew darker and the road began to smooth.

Blackness covered them like a sleeve and lifted the truck from the ground on a wave of dust. For the first time in months, the air around them was clean and it was easy to breath.

They had been cleansed.

Heather Anderson spends her days teaching and her nights writing. She is currently finishing up her first novel/thesis. She’ll be graduating with a MFA from Northwest Institute of Literary Arts in August of 2016. She writes flash, short and novel length fiction and has dabbled in creative non-fiction. She is currently an assistant fiction editor at Soundings Review and a volunteer editor at Whidbey Writes. Connect with Heather @heatherma17 and learn more at https://about.me/andersonheather.