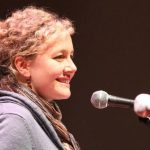 How to Build Bridges During Polarized Times

Regardless of your political or cultural orientation, it’s hard to overlook the fact that our country is in the midst of almost unprecedented polarization. Heather Johnson has been wrestling with that challenge. As the executive director of the Whidbey Institute, she says, “It’s difficult to maintain equilibrium with the intensity of vitriol at every level of society.” Johnson addresses this polarization by striving to hold a larger perspective. For her, the question is: “How do we grow our capacity to respond? How do we mature ourselves to become people who can see and understand things differently?”

A graduate of Pacific Integral’s Generating Transformative Change leadership program, Johnson also has a bachelor’s degree in finance. This breadth of background and skills is well-suited to a position that demands pragmatic, as well as visionary, talents. In fact, even as she applies herself to the tough work of leading an organization that aspires to nurture community at a time when so many of us seem to be talking past one another, a major part of her focus is on a capital campaign that seeks to add significant new housing to the institute and support other key initiatives.

Later this month, on July 22, a groundbreaking ceremony will officially kick off the first phase of the housing portion of the campaign. That’s the pragmatic part of Johnson’s contribution to the stewardship of the institute. The visionary component, though, is guided by her desire to shift the frames through which we navigate our social conflict. She says she’d like to encourage people to “step back from saying ‘we’re failing to do this right’ and rather to ask ‘what are possible deeper purposes for all of this?’”

She adds, “I don’t proclaim to know what those purposes are. I do know that we have a lot of learning, a lot of growth to do. And we’re being presented—in really big ways—with the deep chasms between who we are as human beings now and who we’re being called to become.”

Johnson believes that we’re being asked to recognize that our development as human beings is ongoing: “Growing up” is an endless process. And that there is a simplicity on the other side of the complexity we feel ourselves swimming in; a simplicity that lives at the core of our inheritance of global wisdom traditions.

Through technology and the proliferation of media outlets, we inhabit worlds that are more and more insular. Because they’re filled with like-minded people, they can feed polarization. “There is a subtle pattern arising when ‘like-minded’ people come together, learn together, and find solace with one another,” Johnson says. “It can grow into a crusade mindset or the belief that the answer to the problem is to indoctrinate the other into the right shared ideology.”

As executive director of an organization committed to catalyzing positive change, Johnson is sensitive to the potential traps that can lie in that work. One of her goals is to invite people beyond a mindset of “If they’d be different, we’d be OK, and the job—the positive change work—is for us, with our ‘right’ idea, to go and indoctrinate them with our right idea.”

At the heart of the Whidbey Institute campus is Thomas Berry Hall. Though the institute’s work is not about Berry’s teachings in particular, his work holds an important anchor for its focus. Thomas Berry was a Catholic priest, a cultural historian, and ecotheologian. One of his quotes has been a particular inspiration for Johnson: “The universe is a communion of subjects, not a collection of objects.”

To Johnson, the approach of indoctrinating others with the right idea represents a “collection-of-objects” mindset. As she puts it, “If we are trying to change the world in a positive way through engaging with others as objects to fix, we’re inherently in our own way.” This is a concern she expressed as early as August 2015, when she moved from program and associate director to executive director.

Johnson brings a group together by ringing the Chinook Bell in the Thomas Berry Hall Courtyard. (Photo by Mercia Moseley)

In an open letter to the Whidbey Institute community, she wrote about constructs, defining them as: “The meaning-making structures in which we are steeped—cultural, racial, religious, familial, generational—which allow us to see the world and our place in it in unique ways.” Although constructs are important for those reasons, she pointed to the risk that they “can also make us blind to perspectives beyond our own. We are all, to some degree, in over our heads, doing our best to navigate being human in a changing world.”

Johnson’s letter from two years ago has even greater relevance today. As she engages with people in a world that has become even more polarized since then, she sums up the challenges in an elegantly simple way. “It’s about how do we do this together, how do we actually recognize that, on this planet, we are all in this together—that it’s a reality, and then: How do we behave that way?”

Mark Forman is a filmmaker and writer who moved to Whidbey Island with his wife Kathleen Secrest in 2015. Mark’s favorite projects include: “The King of the Hobos,” a film portrait of Steam Train Maury Graham, which aired on PBS at the beginning of Mark’s career; a promotional video for La Romita School of Art in the Umbrian region of Italy filmed in 2008; and a fund-raising video that he and Kathleen produced this fall as a donation to the Whidbey Institute.