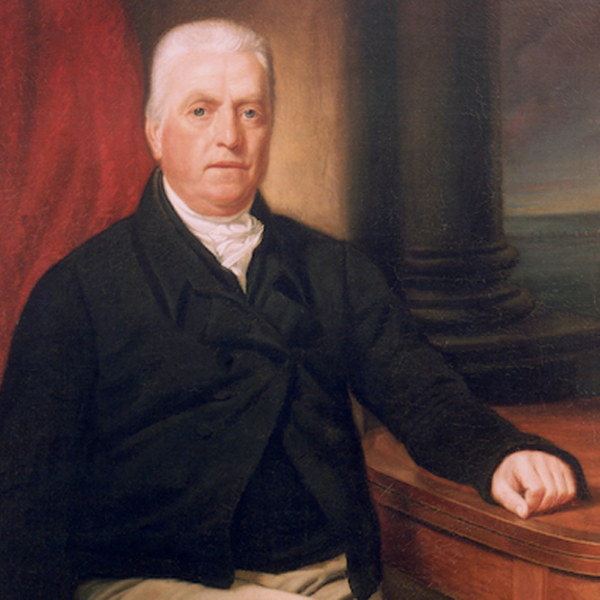 Joseph Whidbey and His Life After the Voyage

In the Pacific Northwest, Joseph Whidbey is remembered for the island named after him by Captain Vancouver. In Great Britain, he is remembered for being a civil engineer and a person who helped others, such as Vancouver himself, become famous.

England was in turmoil in the 1780’s. King George III was mentally unbalanced. His advisors had their own personal agendas, and the national debt was growing. England had lost the American Colonies and was in a continual dispute with France and Spain.

Portrait of Joseph Whidbey in his later years. (Photo courtesy of the South Whidbey Historical Society)

The Spanish seized English ships off Vancouver Island in 1789 and England was ready to declare war. Fortunately, Spain realized it was no match for the British Navy and signed a treaty that allowed both countries to explore and establish settlements on unoccupied land in the North Pacific.

The British Parliament immediately ordered a voyage to the Pacific Northwest to claim some land for England. The Discovery commanded by George Vancouver, accompanied by the armed tender Chatham, sailed from Falmouth on April 1, 1791, and headed for the west coast of North America.

On board the Discovery were several men whose names would become attached to familiar Pacific Northwest sights; Peter Puget, Joseph Baker, and sailing master Joseph Whidbey.

After wintering in Hawaii and exploring up the west coast, the Clatham dropped anchor off present-day Mukilteo in May, 1792. Two rowboats full of men, including Joseph Whidbey, explored Saratoga Passage. The expedition then sailed around Possession Point and headed north.

On June, 7, 1792, Joseph Whidbey spotted Deception Pass, proving that the landmass they had been exploring was an Island. Captain Vancouver named it “Whidbey’s Island” in his honor.

Portion of a 1798 chart showing tracks of the Discovery and Chatham and including Puget Sound and Whidbey Island. (Photo courtesy of Library of Congress, Geography and Map Division.)

The ships continued north, mapping and looking for the fabled northwest passage before setting sail for home two years later. The crew joked that they had been sent on April Fool’s Day to find something that didn’t exist.

Despite the success of the voyage, Vancouver was met with a cold shoulder when he returned to England in 1795. England was at war with France, and Vancouver was told that coastal surveys were of low priority. In addition, Vancouver had severely disciplined several of his crew, including young Thomas Pitt, the teenage nephew of the current Prime Minister William Pitt.

Vancouver was hounded by critics and never fully reimbursed for the voyage. He died a sick and discouraged man just three years after his return.

Joseph Whidbey fared much better. Many felt Vancouver’s voyage might have ended in disaster were it not for Joseph Whidbey. He possessed significant engineering and surveying skills and played a major role in the accuracy of the maps produced by the expedition. In 1806, he became a member of the Royal Society, which was made up of the greatest minds of Great Britain.

Whidbey was recognized for his ability to accomplish tasks that others could not. As master attendant of the shipyard at Woolwich, Whidbey befriended the famous civil engineer John Rennie. Together, they undertook a massive project of building a breakwater at Plymouth, England, to protect King George’s ships from the French.

This was a national undertaking comparable to the building of the pyramids in Egypt or the Grand Coulee Dam here in Washington. After several years of proposals and surveys, work began August 8, 1812, on a project that would require four million tons of stone and 53 years to complete.

1820 print of Joseph Whidbey’s house overlooking Plymouth Harbor and the breakwater. He lived here from 1812 to 1830. (Photo courtesy of William Haroldson)

Whidbey was provided a home at Bovisand Bay overlooking the harbor and the growing breakwater. He became a well-respected member of Plymouth society and entertained generals and admirals, workers, and neighbors.

Whidbey gradually withdrew from the daily activities related to the breakwater and retired in 1830 at age 75. He purchased a house in Taunton, near Plymouth, where he spent the remainder of his life.

Joseph Whidbey died October 9, 1833, and is buried in the churchyard across the street from his home. He never married and left his house to the couple who cared for him during his last years.

Plymouth breakwater from Kingsand showing the 1844 lighthouse and the Breakwater Fort beyond (Photo by Graham Richardson CC BY 2.0)

To learn more about the life of Joseph Whidbey, attend a presentation by William Haroldson on April 29, 2017, from 7 to 9 p.m., in the fellowship hall of Langley United Methodist Church on Third and Anthes. Haroldson’s presentation will detail Whidbey’s life and career in Great Britain intertwined with stories that relate to the current political scene in this country.

Robert Waterman is past president of the Whidbey Historical Society and co-authored, with Frances Wood, the book “Langley.” He lives in Langley with his wife Anne.

Have a great story idea? Let us know here.