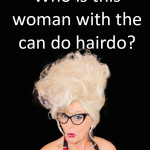 Support laughter and lather in our community!

“Lather, Rinse, Repeat!”—a new musical comedy written by Dana Linn is South Whidbey’s latest Kickstarter project, running during the month of April. Linn, a long-time stage performer, has created vibrant, memorable, bewigged characters in a colorful, fast-paced theatrical show. The piece was workshopped with local actors a number of times during the summer of 2012 and, several revisions later, is ready for production. Two songs were performed to a full-house at WICA during Comedy Island’s Local Artist Night last spring and were met with thunderous applause.

The Kickstarter campaign will fund musician Linda Dowdell, who will arrange the music and get the piece ready to shop to theatres across the country. For more information—and guaranteed giggles—watch the video at https://www.kickstarter.com/projects/846992597/lather-rinse-repeat-a-new-musical-comedy.