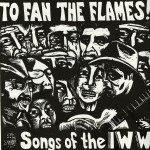 Posted in Feature, Theater and Dance

Whidbey Island Center for the Arts is excited to present an original play with music by author Tom Churchill titled “I Dreamed I Saw Joe Hill Last Night,” from Thursday, Aug. 1 to Sunday, Aug. 4  at its fourth annual Whidbey Island Theatre Festival in Langley.

“I Dreamed I Saw Joe Hill Last Night” is an apolitical play about the highly, confrontational political period following World War II and the people who were caught up in it and gave themselves over to lofty causes that promised solutions, but ultimately let them down.

An undercurrent of gritty, witty labor music helps set an amusing yet compelling tone for this play. In it, Churchill tells the story of of the workers of the Industrial Workers of the World, a group formed in 1905 and popularly known as the “Wobblies.”

“I feel that workers’ stories are all too rarely told, or usually told with the taint of ‘mob’ influence behind them to make them sell,” Churchill said.

“Still, the emotional need to tell what I know to be a great story drives me.”

Churchill did extensive research on the lives of his subjects, interviewing people who knew them well, and defended and supported them.

“The work gets more and more imposing; the piles of paper mounting higher and higher; the miles to the next useful library or reading room further and further away,” said Churchill of the monumental research.

“I Dreamed I Saw Joe Hill Last Night,” he said, isn’t really about Joe Hill, the Swedish-American member of the “Wobblies,” who became a popular song writer and cartoonist for the radical union. The play, Churchill said, has no political agenda, although referencing Hill and his songs in the context of Seattle’s 1947/48 “Red” scare offers the tone of political satire that supports the story of the play.

“We concentrate on the human drama behind the lives of folks who take their causes so seriously that repercussions are almost given in their earnest leanings: You join the Communist Party (or help the F.B.I.) during times of repression ─  then you’re likely to pay consequences down the line; and worse for you if those consequences hurt those closest to you,” Churchill said.

Robert Marsanyi is the musical director for the play. (Julie O’Brien photo)

Though not a musical, there is plenty of music throughout the show that represents the period, including pieces of popular songs from the 1950’s, including “Do Nothin’ ’til You Hear it from Me,” “Bye Bye Blackbird,” “Blue Moon,” “The Internationale,” and “America the Beautiful.”