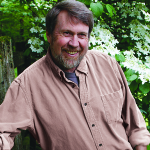 Lost and Found: Daniel James Brown Rescues the Past

I remember reading about the 1936 Olympics and Jesse Owens, who won four gold medals in track and field. But I was completely surprised when I was told about the medals won by the young men of Washington that same year.

I knew nothing until I interviewed the local sculptor, Jeff Day, who told me that his father, Chuck Day, had won a gold medal as a member of the eight-man crew who rowed for the University of Washington. Day told me some fascinating stories about his father and also about “The Boys in the Boat”—the book that made it to #1 on the New York Times Bestseller list.

The author, Daniel James Brown, lives not far from Seattle and has written three books of nonfiction. Brown’s first two books were finalists for the Washington State Book Award. His first, “Under the Flaming Sky, The Great Hinckley Firestorm of 1894,” was a finalist for a Barnes and Noble Discover Award. His second book, “The Indifferent Stars Above,” is a story of survival about a young woman who was a member of the Donner Party. All three books required a vast amount of research, which took years to complete. All are historically accurate accounts of actual events but, more notably, are imbued with the human emotions and psychological impacts of the people involved.

“Part of what I have to do is put myself behind the eyes of the characters to experience what they must have felt, what they did feel as told through their own journals,” Brown said. “All those details are necessary to bring the story alive—for the reader to have a meaningful connection to the past.”

Brown became familiar with the story of the UW crew when approached by his neighbor who was caretaking her terminally ill father. She was reading one of Brown’s books to her father, Joe Rantz, and arranged a visit between the two men. During that visit the neighbor’s father talked about his life. He was a member of the crew that won Olympic Gold during the 1936 games in Berlin—games that were orchestrated and attended by Hitler, who stood on a tall podium to make him higher than anyone or anything else.

Brown grew up in California and graduated with a master’s degree in English literature from UCLA, then taught writing at San Jose State University and also at Stanford University. He relocated to Washington and was employed as a technical writer before making a commitment to writing nonfiction full-time. His second book was finished and published when he met Rantz. He immediately asked him if he could write a book about his life. Rantz declined, but agreed to tell him more if he wrote a book about the boat.

After years of investigation and writing, the end result is an amazing account of a pivotal time in world history. The United States was being ravaged by the Great Depression, the devastation of the Dust Bowl and being pulled into a European conflict soon to become World War II, while in Germany a great fraud was being packaged and sold to an unsuspecting populace culminating in perhaps the most evil deeds ever inflicted upon humanity.

“When I first heard the story,” Brown said, “I knew I wanted to write it and I knew that I wanted to include all the correlating events that had an effect on the lives of these nine young men chosen for the crew. There was an enormous amount of research. A lot of it came from journals, diaries, photographs and newspapers that were kept. It was a significant event in their lives. Boxes full of mementos have been passed down and saved—the families waited 75 years and hoped the story would be told one day.”

While writing “The Boys in the Boat” Brown explained that he formed a deep connection with each of the characters and felt compelled to tell their story, which had been overlooked and mostly forgotten. The men had to overcome personal hardships and endure great physical challenges. In addition, a key element for success was for them to put individual egos aside and become—in some sort of mystical and spiritual way—one combined living entity of men and wood which, as Joe Rantz said, was “The Boat.”

Brown admits that even he did not fully grasp the parallel between the teamwork required of the crew and the alliance needed between nations in those dark times. However, it seems woven throughout the book and the message is timely.

Brown’s first book, “Under a Flaming Sky,” was written as a result of his own family history. His grandfather, then just a child, narrowly escaped the tragic firestorm of 1894 in Hinckley, Minnesota. The fire devastated the northern Minnesota region and killed over 400 people who were trapped when two forest fires advanced rapidly and converged. Brown’s grandfather and great grandmother boarded a train taking residents towards safety. When the train became engulfed in flames many perished but some survived by immersing themselves in a shallow swamp. His great grandfather died, having stayed behind to fight the flames.

In the preface of “Under a Flaming Sky” Brown writes about the emergence of the human story that came from his intensive inquiry. “It tells us of men, women, and even children, lost, alone in the heat and the smoke, terrified and pleading with God for mercy, who in the end found no mercy and had no choice but to crumple to their knees and lay their heads down unwillingly on pillows of flame.” It is that human story that touched the author and, in turn, is communicated in a visceral way to the reader.

“I am interested in ordinary people facing extraordinary circumstances and doing things outside the realm of what they thought possible,” Brown said.

Brown’s writing is more than facts and dates and places; it’s gripping and compassionate—filled with the very heartbeats of the people involved.

Daniel James Brown is scheduled to participate in the upcoming Whidbey Island Writers Conference to be held Friday, Oct. 24 through Sunday, Oct. 26 in Coupeville. He will be giving the keynote address on the evening of Saturday, Oct. 25.

To learn more about “The Boys in the Boat” and Daniel James Brown you can access the website at www.danieljamesbrown.com.

The Whidbey Island Writers Conference is organized by the Northwest Institute of Literary Arts. Registration and information is available at www.nila.edu.

Image at top: Daniel James Brown, author of “The Boys in the Boat”  (photo courtesy of NILA)