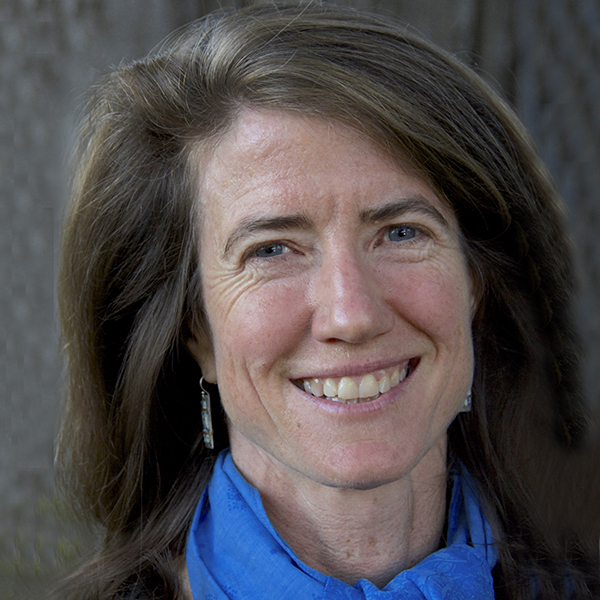 Science, politics and spirituality: Can these creatively mix? Rationalism itches to snuff out religion, and politics can seem heartless. Yet for Freeland resident Elise Miller, who speaks of phthalates and symbionts while participating in meetings at the New York Academy of Medicine and the White House, spirituality serves as the organizing breath of her environmental activism. “Spirituality is like 90 percent of it. My journey is one of becoming more aware. I want to be more conscious when I grow up,” Miller teases, punctuating her intensity with a chuckle.

Not long after arriving on Whidbey in 1998, Miller founded a nonprofit to promote children’s environmental health. She now serves as director of the Collaborative on Health and the Environment (CHE). Speaking of those occasions where her political and intellectual acumen are called upon to address the effects of pharmaceuticals, pesticides and myriad other pollutants on health, she describes her specific contribution: “I midwife the policy conversation. That’s my activism. I’m not on the front lines of protest, but I hold the space for diverse stakeholders to discuss the best available science in order to create policies that shift markets towards healthier practices.” That non-reactive breathing room she holds is her spirituality at work.

Miller’s philosophy of life is one cobbled and crafted, rather than the inheritance of cradle or creedal path, if even of Buddhism. “Buddhist cosmology most closely aligns with how I want to be in the world,” Miller explains, “but I don’t consider myself a Buddhist. Labels bother me. There are so many ways of making meaning; I want to remain open.”

Science also opens onto the awe of our intimate communion with life, Miller notes. We literally “con-spire,” or breathe together, with the universe. But, Miller advises, “Science can, like religion, assume certainty where it is just not possible.” Miller consequently subscribes to the precautionary principle—a principle that embraces the fundamental uncertainty that characterizes the scientific method and underlies our very existence as creatures. As a principle, it incorporates an awareness of unknowing—as much spiritual humility as scientific confession. Upward trends in a number of diseases and disabilities suggest that taking precautions to minimize childhood exposures to toxic chemicals—now ubiquitous in our air, water, soil and consumer products—must be, Miller suggests, as much of a global concern as inadequate nutrition and poverty.

The youngest of three siblings, her baptism was forgotten amidst the dramas of Virginia politics (Miller’s father was Attorney General). Miller describes herself as the “good girl” who, prompted by intuitive impulse, veered creatively off the presumed path. After graduating from Dartmouth (not Princeton, which was considered by her family to be the only Ivy League school worth attending), Miller traveled as a journalist to India. Out of intellectual curiosity, she sat a ten-day meditation retreat in Bodh Gaya, where the Buddha is thought to have attained his enlightenment. That experience opened for Miller an inner, unknown world—one that had not been valued by her family. Miller returned to the U.S. with questions like, Why does the mind so habitually devolve into polarities of either/or, mind/body, us/them?

Veering away from graduate studies, she signed on as a housekeeper for the Insight Meditation Society in Massachusetts. Taught by Sharon Salzburg, Joseph Goldstein and Jack Kornfield, Miller built a corporeal foundation for her spiritually informed living—a breathing practice that shaped the solar plexus to appreciatively hold the fundamental interconnectedness of all which our defensive minds want to separate. For a child saturated in Calvinist moroseness, this visceral immersion helped Miller experience a sense of deep authenticity: “I know who I am. The ‘small self’ human is connected to the ‘big self’ of the universe.” Around that felt connection, Miller has cultivated her daily discipline—the work of “showing up” with her appreciative intellectual, scientific and political skills and with openness to the potentialities in each moment. She feels that by keeping her heart and mind expansive, the wisest course of action can emerge.

If her spiritual life opened out through breath meditation, inhalation also brought awareness of the chemical horror of Bhopal. Miller arrived in India only ten months after the explosion at the Union Carbide plant that killed 22,000 people and left residual human health problems from chemical contamination. Later, when Miller was head of a small private foundation investing in environmental health initiatives, her work intersected with that of biologist Sandra Steingraber. From Steingraber, Miller learned a startling fact: human breast milk is among the most contaminated of human foods. Riffing on Rebecca Solnit’s essay The Faraway Nearby, Miller points out that the faraway—of moving environmental questionables overseas, for example—is always more nearby than we imagine.

Today, Miller’s way of “con-spiring” with the universe assumes a more kinetic form than Buddhist seated meditation. She is a triathlete, placing first in her age group during the August 2015 Whidbey Island Triathlon. The physics of maintaining serene receptivity even when in motion serves in no small way as “advanced” spiritual practice. Miller, who moved to Whidbey Island because it offered a more human scale of community, turns life experience itself on the lathe of spiritual wisdom. An upcoming trip back to Nepal with son Ravi and husband Dan offers, she explains, a chance not only to contribute human service to the 2015 Nepal earthquake relief efforts, but again to relinquish status—to shed the barnacles of ego—by living as kin with the mass of humanity.

Ten-year-old Ravi will be on this trip making a journey back to Kathmandu, the place of his birth. His adoption speaks, like so much else in Miller’s life, to the spiritual kinship and non-dual nature of her spiritual path Speaking of the planet’s swelling human population, Miller notes, “They’re all our kids. ‘Mine’ doesn’t have to be biological. ‘They’ are not other.” With an effervescent chuckle signaling that she is again approaching wonder, Miller adds a concluding thought: “And frankly, I experience the world differently when I walk with Ravi.”