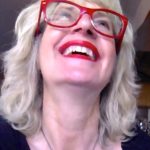 12 Midnight – Texted best friend in Seattle. Text reads: “High winds make me think we may not make it to Puget Sound’s MusselFest. You better stay home.”

12:05 – Shuddered in bed, remembering when power went out for four days and nights last August.

Response: “I MISS YOU TOO!”

10:20 a.m. – Drove to Coupeville Coffee and Bistro. Ordered breakfast. Realized that poetry assignment for online class needed to be posted before power theoretically went out and walked into lady’s room and recorded comical video about attempting to write a sonnet in private. Flushed toilet for dramatic effect.

1:20 p.m. – Sun came out. Tempted to do victory dance and run outside, but knew better. Continued to contemplate lunch as an imminent possibility.

1:56 p.m. – Bainbridge friend checked in on Facebook and articulated concern about weather. Best friend reported on FB that winds were high in Seattle.

1:57 p.m. – Decided to eat tuna casserole before power went out. Charged phone, iPad and emergency electronics charger; wondered where jug of water is. Scratched head. Looked out window. (Better check AccuWeather again.) Kindle! Had to quickly download copy of “The Soul of the Octopus.” Wondered where hardcover version of “100 Years of Solitude” was.

2:40 p.m. – Watched episode one of season three of “House of Cards.” Had to turn it off, felt too much like real politics.

3:30 p.m. – Phoned best friend to tell her about attempts to listen to “100 Years of Solitude” on Audible. Our conversation:

Her: “A tree just fell on the garage!”

4 p.m. – Listened to some more of “100 Years of Solitude.” Fell asleep because everyone in the book has the same four names, varied slightly.

5 p.m. – (although technically it was only 4 p.m. because of the Great Leap Forward—no, that’s Mao—ridiculousness, so it was still really too early to eat.) Performed cardio routine in bedroom while watching YouTube on smart phone plugged into wall (so as to keep charging).

5:30 p.m. – Husband observed that wind was dying down. Refused to believe him because of last August. Got out candles. Retrieved huge jug of water from car. Placed flashlights on kitchen counter.

6:38 p.m. – Sun began to set. Bainbridge friend checked in on FB and shared that Lummi Island ferry was stopped and sitting in the middle of the channel. Panic attack at thought of being stuck on ferry in middle of water. Tried to remember life saving dive techniques from 44 years ago.

7:30 p.m. – Chomped. Sipped. Watched a segment about assisted suicide on “60 Minutes.” Somehow not a good idea, given general anxiety about power.

10 p.m. – AccuWeather said the wind would be dying down, particularly after 4 a.m.

11:20 p.m. – No rain. But it felt very dark. I tend to miss people when it’s night. Dad used to take me for walks very late with a flashlight. He said the night made him feel large and small at the same time. He spent his childhood summers here on Whidbey Island—how I learned about it.

11:57 p.m. – Wished Dad was here although he might turn out to be a Donald Trump fan and terrible argument would ensue.

11:59 p.m. – AccuWeather reset and said rain would start in 82 minutes. Husband writing in other room. No wind. Refrigerator humming.

12:04 a.m. – Decided that if power stays on until 4 a.m., all will be well. Husband dictated tax advice to daughter into iPhone. He told her the kinds of forms she needs. Only four hours til 4 a.m.

That’s not a long time at all.

Stephanie Barbé Hammer has published short fiction, poetry and nonfiction and has been nominated for the Pushcart Prize four times. She is the author of a poetry collection, “How Formal?” and the novel, “The Puppet Turners of Narrow Interior,” as well as scholarly books and articles. She lives in Coupeville mostly, but makes frequent forays into Los Angeles. You can read her blog here: www.stephaniebarbehammer.net and follow her on twitter (@stephabulist).