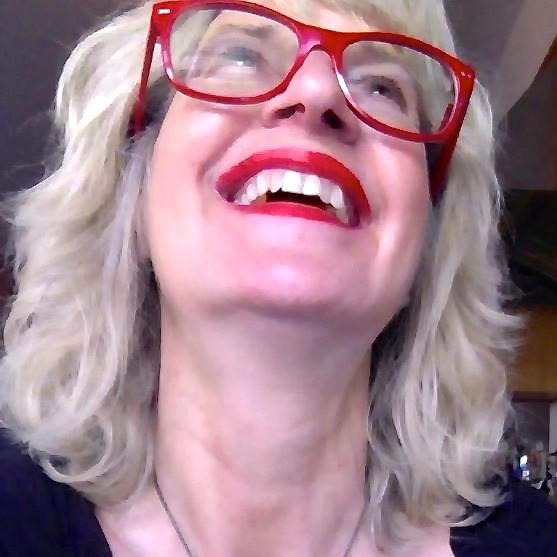 Magically Real || How About a Poem?

Friends – I was talking to my t’ai chi teacher Lynne last week, and she told me that she usually didn’t “like” poetry, but she liked mine because I wrote about things like dishwashers.

I hear this all the time. Not the dishwasher part. I mean the part where people say they “don’t like poetry.” They tend to make this statement in an ashamed and embarrassed way (Lynne didn’t, but then, you have to remember that she is very Zen and enlightened). When most folks make this confession, they say it like they might be admitting “I don’t like broccoli,” meaning “I know it’s good for me, and it’s wrong for me not to like it, but it doesn’t taste good!”

In my humble opinion poems ought to taste good. That means be interesting, accessible, and somehow nourish us. Art — even the most provocative, controversial art — nourishes us in some way, even if it’s by challenging us to do the right thing. A poem can be tangy and surprising. It can be sad and scary. But the vitamins have to be there.

If we must die, let it not be like hogs
Hunted and penned in an inglorious spot,
While round us bark the mad and hungry dogs,
Making their mock at our accursèd lot.
If we must die, O let us nobly die,
So that our precious blood may not be shed
In vain; then even the monsters we defy
Shall be constrained to honor us though dead!
O kinsmen! we must meet the common foe!
Though far outnumbered let us show us brave,
And for their thousand blows deal one death-blow!
What though before us lies the open grave?
Like men we’ll face the murderous, cowardly pack,
Pressed to the wall, dying, but fighting back!

If you want to get technical, McKay’s poem is a sonnet. It’s got 14 lines, 3 quatrains, and a concluding couplet. In other words, he’s using a fancy Renaissance poetic form beloved by poets like Shakespeare. This was a gutsy thing for him to do, as a black poet writing in 1919.

In honor of Martin Luther King, and in honor of any person you admire and love and miss, how about writing a poem yourself?

Your poem can be in a form, if you want to get fancy, or you can just write in something called free verse. That means, that you put the line breaks where you want them.

That’s the way Walt Whitman wrote. Here’s a piece from a quite famous poem of his:

Lo, body and soul — this land,
My own Manhattan with spires, and the sparkling and hurrying tides, and the ships,
The varied and ample land, the South and the North in the light, Ohio’s shores and flashing Missouri,
And ever the far-spreading prairies cover’d with grass and corn.

Lo, the most excellent sun so calm and haughty,
The violet and purple morn with just-felt breezes,
The gentle soft-born measureless light,
The miracle spreading bathing all, the fulfill’d noon,
The coming eve delicious, the welcome night and the stars,
Over my cities shining all, enveloping man and land.

Whitman is writing a type of poem called an elegy, and these are poems about people who have died and whom we admire and miss. Walt Whitman’s “When Lilacs Last in the Dooryard Bloom’d” is an elegy for President Lincoln, but as you can see from just this snippet, the poem opens up to become a poem about America as a whole. Elegies expand in that way — using the occasion of one person’s death to envision a bigger, deeper picture.

Your poem can be about something very small too.

Here’s a poem I wrote about my niece’s cat, which she recently had to put down.

It was just a little life
So small that many of us
Never met this sleek
Creature of Halloween dreams.
The last time I saw her she was
Watching you tumble — her
Giant human sibling — her tail curlingly
Alert in taut minuscule physicality
As
She followed every move of
your exercise routine
Aptly named “animal.” It’s amazing how much
Intensity can be generated in the
Gaze of one so miniature but
There it is — the smallest life
Garners     gives so much
Power.

I’ve shared three very serious poems, because we’re living in a serious time, but you can write about whatever you want.

Think you can’t do it? Wrong! We all have it in us to make poems. We are hardwired to make word-art because we’ve been making it since we first started using words. Every culture has poems. So that means we all can make them.

Personally, I find making poems energizing, exciting, therapeutic, and deep. I’m a terrible cook but I like cooking with words. I learn something about myself and what I believe when I make a poem. And then when I’m finished, I have this snack that I share with other people if I want. I do that sometimes. But sometimes I just keep it for myself. Not all broccoli is meant to be shared.

So, I’d like to invite you to write a poem today.

I think it will taste good to you. And perhaps it will nourish someone else too.

Stephanie Barbé Hammer is a published novelist and poet. She is working on a how-to-write-Magical-Realism book, and she is dedicating her blog “Magically Real” to reading seminal 18th century writers who influenced the founding fathers and other key American figures.  You can follow her on Twitter or her blog