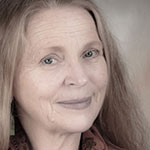 Minding the Sky | Driven by distraction

Every writer I have ever known or have ever heard of has some form of distractive disorder coupled with an underlying reality avoidance tendency, which generally encourages severe bouts of procrastination, especially when the sky is blue.

At this very moment, for instance, I am writing this sentence, on this topic, as a way of avoiding writing another sentence, in another document, on another topic, which has been waiting for me, somewhat impatiently, since the middle of last week. Meanwhile, that document, in its entirety, is a means of avoiding writing on two other projects, also in process —a short story pulled from a novel to be rewritten as a stand-alone piece AND the rewrite of the novel from which it was pulled, also grumbling impatiently at the back of my mind, lurking in the waiting room of my summer-fragmented attention.

My writing desk where all the distractions take place.

If that weren’t enough to runaway from and to, I might have to avoid all of the above, because there’s a deadline for a periodical to which I’d like to submit something, but for which I have to look at my output for the last ten or so years, to see what might be suitable and that will require me to dig into some older files, some of which are in a storage unit which absolutely needs cleaning up and gutting in the very near future. Uh oh.

Certainly, I would prefer to avoid that irksome task by writing something brand new — so I do.  I start something brand new, but after losing the document in a “Force Quit” tantrum by my computer, I re-find that document (which is this document I am writing at this very moment)  and a half dozen other things that have been hiding from me in the hidden recesses of the digital purgatory known as “Recovered.”

After I capture the files I lost, somewhat distractedly I notice a few others in that hole, which could do very well for yet another periodical I would like to submit to, but when I open them, I notice I’ll have to brush those lost jewels up and comb them for typos before sending them off into the world on their own.  Better to put it all aside and pursue that one thing—the deadline that is most immediately before me, the one closest to today, which signals to my Pavlovian brain that I can STOP working on all of the many other things I am working on, including cleaning the moss off the roof or washing a few sweaters, and just pick this one thing, quickly, intuitively, like finding the perfect metaphor out of very thin air.  So here I am, finishing this one thing, whose deadline is closest and I am about to get it out the door, by the deadline or sooner, whichever comes first. Halleluiah!  Completion!

I guess you could say, that my tactic for overcoming distraction is to totally give into it with one caveat — if I’m avoiding writing one thing, I must do so by writing on another.  In this way, I am making progress by writing something, regardless of what and how I am avoiding writing the rest of the things I am writing or not writing at any given moment.

In this way, procrastination becomes a very fertile state of mind. Driven by, rather than to, distraction from one piece of work to another, I am making progress on several fronts, bit by bit, sentence by sentence, on multiple projects at once, even though I still get to relish the guilty pleasure of putting one thing off, in order to enjoy that other.

Of course, this writer’s other and more direct tactic for taming the wild horses of imagination is to trot briskly in step toward one solid destination, the same approach I use when trying to call my Monkey Mind down from the trees of rattling discursive thought. I sit quietly with good posture, count my breaths in cycles of seven until some clarity settles in and the screeching primates in my head quiet down. Just when I begin to think of something very important I have to do right away other than just this — I breathe in, breathe out, and let it go.  I do this practice every day, before writing anything.  When the mind is settled in this way, before one word is written, all else becomes possible.

In the event I still can’t concentrate, given the beauty of the day and the warmth of the sun and the blue of the sky, I take a walk.  We have so many paths to take on this island, it’s hard to choose which to recommend — the hiking path on Ebey’s Prairie is spectacular, or the trail known as “The Giant U” through the forest at Whidbey State Park is cool and green and reminds one of some mythical landscape from another world. The beach below Deception Pass is a great climb down and then a clean, empty place to enjoy. Personally, I love the Earth Sanctuary on Newman Road in Freeland. A small contribution made to a collection box in the parking lot helps maintain the grounds, which are wild, beautiful, and deeply restorative to body, mind and soul.

For more particulars go to the Earth Sanctuary website and seize a moment of creative distraction, while the sun is shining and the Summer has her way with you!

Judith Walcutt is a writer and a Buddhist alive and well on Whidbey Island with her one and only husband, David Ossman. She is currently cooking two novels, a collection of short stories, a volume of poetry, and a good many jars of jam in her kitchen on Honeymoon Bay.