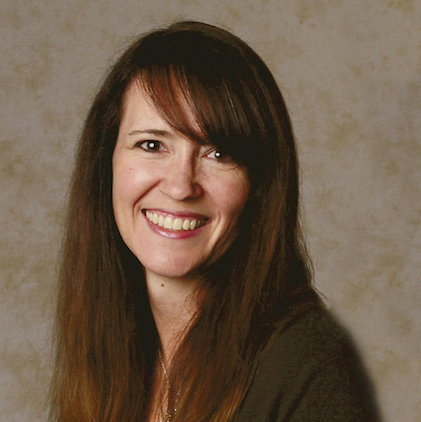 The purpose of “Whidbey Writes” is to encourage writers with a Whidbey connection to submit short fiction and poetry for publication in Whidbey Life Magazine, thereby giving our readers an opportunity to enjoy these creative writings. Throughout the past year, Whidbey Writes published monthly selections of short fiction and poetry online. The most popular of these entries was also published in the Fall/Winter 2015 print issue.

We’d like to recognize the volunteer editors of Whidbey Writes by publishing an entry from each of them. This month we are pleased to introduce Mureall Hébert and her short fiction selection “Welcome to the Party.” We published another volunteer editor, Chris Spencer, and his selection, “Bare Naked Betty,” in 2015 and will publish a selection from our third editor, Heather Anderson, later this year. We thank them for their dedication and talents and are grateful that they will continue to act as the editors for Whidbey Writes.

Welcome to the Party

The moment Mischief heard Pandora’s voice she knew Pandora would be the one to open the box. It was the tone of her speech, all soft and girly, like she didn’t have a brain. Mischief was good at reading people; it was one of her talents. All it would take would be a few suggestive comments and Pandora would do whatever Mischief wanted. It wasn’t Pandora’s fault. She’d been made out of clay. A start in life like that left a girl easy to manipulate.

It had been over a century since the lid had closed, trapping Mischief inside with the others. Fifty-three of them, clustered together. They’d made a decent go of it. Vandal spray-painted the walls, which jazzed the place up considerably. Welcome to the party, Chill, and Tricky Bad was here were tagged in letters four feet tall. A parody of the Sistine chapel graced the ceiling: Zeus with his sickle, holding back fawning mistresses and angry wives while the Fates tsk tsked in the corner. Decadence handed out Russian tea cakes and chocolates, the good ones with liquid cherry centers. The Hedonist brothers enjoyed snifters of brandy and ogled Titillation as she pranced through Zumba moves in her leopard-print yoga pants. It wasn’t a bad life, really, a bit claustrophobic and sometimes it got loud, especially when Anger and Gluttony weren’t getting along, but, all in all, it was doable.

Except beyond the chocolate and art, everyone inside pined for one thing—to find a way out of the box. It was Hope’s fault, her dogged optimism sparking an itch impossible to scratch; she kept them all dreaming of freedom. “Life,” she’d say, sweeping her bangled arms wide, “is filled with endless possibilities.” Annoying chick, especially before morning coffee. Hope didn’t belong in the box, anyway. She wasn’t like the rest of them. It was just a fluke she’d gotten stuck inside. Wrong place, wrong time, and one too many glasses of champagne.

The day Zeus had captured them, he’d been having a rough day. Something to do with a pig-headed-no-good-woman-stealing giant. He spotted Mischief and the others chilling on the shores of Aegina and went crazy. Called them evil and heinous, and in league with the pig-headed-no-good-woman-stealing giants. Didn’t stop to find out what was what. He’d tugged on his beard, crammed the lot of them in the cube, and slammed the top shut, muttering that they were too destructive to roam the earth, which was kind of harsh and not exactly fair (the fact that Pyromaniac’s beach bonfire had taken out a temple might have had something to do with it.)

Still, considering Zeus’s own vindictive side, he wasn’t one to talk about good manners and clean living.

Case in point: Epimetheus and Prometheus, brothers who were given the task of populating the earth. They’d messed up the job, and then Prometheus had stolen fire, and Zeus had gotten pissed, which is why he’d made Pandora out of clay. The whole thing had gone down in earshot of the box; Mischief heard the argument through the walls. Zeus, never one to let sleeping dogs lie, gave Pandora to Epimetheus, along with the box, and advised the happy couple not to peek inside. Not that it mattered to Zeus if the lid was open or closed. The whole thing was a ruse to get Prometheus jealous (as if he’d fall for that one.)

“Don’t open the box,” Epimetheus agreed and he placed it on a shelf next to his bowling trophy.

But Pandora hadn’t been able to help herself, which had tickled Mischief no end. Every night, after Epimetheus’s snores filled the house, Pandora’s tiptoes whispered across the floor. Then Mischief would feel the wisp of Pandora’s breath through the seams of the box as she gave a sigh.

“I wonder what’s inside,” Pandora said.

“Open it and find out,” Mischief called, and Pandora’s sigh grew deeper and filled with longing.

It took fourteen days for Pandora to give in, which was actually pretty long for a clay-girl. The night that it happened, Pandora lifted the box and breathed her sigh just like always, but this time the breath was filled with danger, which perked up Mischief’s ears. Danger was a prelude to mischievousness.

The back door to the house creaked open and Pandora’s footsteps softened as her bare feet padded across the grass.

“Perhaps if I just had one peek,” Pandora said.

“Yes, one peek can’t hurt.” Mischief stretched on her toes to place her palms against the lid.

Behind her, Narcissism and Selfish chattered away, oblivious to what was going on. Narcissism was talking about his exceptionally silky hair and Selfish was going on about the calluses on his hands and how Narcissism should offer him a pumice stone. “Pay attention,” she whispered to them. “We’ll only have one chance.”

Hope, looking dangerously like Smug, smiled broadly at the idea that she’d been right all along. Her bangles clinked together as she clapped her hands in anticipation.

“Yes, just a small look,” Pandora said, and the curiosity in her voice bloomed into intent.

Everyone in the box fell still, caught by the lilt in Pandora’s voice. Everyone, that is, except Narcissism who began brushing his bangs in front of the mirror.

The lid came off in a rush of cold air, and Pandora’s large, blue eyes peered in. A sound rose as the occupants of the box crowded toward the opening, a guttural growl of satisfaction and readiness. Pandora blinked, and blinked again. “Oh,” she said. “I don’t think this is good.”

She tried to slide the lid back on, but they rushed against her, crushing her hand to the side. The lid tumbled off and then they were free, their bodies expanding into the night air, elongating into shadows or substance or whatever form they liked. They rose into the sky, skipped across the lawn, and sauntered down the road into town. Deception whistled The Devil Went Down to Georgia as he left.

Savoring the rush of freedom, Mischief was one of the last to depart. Narcissism was still brushing his hair and hadn’t noticed the open lid. Hope waited patiently in the corner, probably wishing Narcissism would quit fooling around and get moving.

Mischief stepped daintily to the ground, her dress swishing against her thighs. Around her, the world swelled with the taste of possibility. Eyes sparkling, Mischief smiled at Pandora, who looked rather ill.

“What have I done?” Pandora glanced towards the house. “Epimetheus is going to kill me.”

“Yes,” Mischief said. “He very well might. And if he doesn’t, there’s Zeus to consider. He has such a nasty temper.”

Pandora gasped and put out a trembling hand. Mischief took it and guided Pandora to the porch.

Down the street, alarms cut through the air. Greed sprinted past, fistfuls of money clutched in his hands. Gluttony followed him. Donuts, speared on baguettes, jutted from his pockets.

“The best thing to do is to hide,” Mischief said. “At least for a while.” She held out the box. “Jump in. Epimetheus will never think to look for you here.”

Mischief ran a soothing hand along Pandora’s arm. “But there’s a party inside, with tea cakes and cherry-filled chocolates. It’ll be a nice diversion. See, the invitation’s written on the wall.”

Welcome to the party. Chill.

Pandora squinted at the graffiti. “I don’t think I’m up to a party. I’m feeling rather tired. Maybe I should go back to bed. Epimetheus might not even notice what’s happened.”

Across the street, Pyromaniac set light to a dumpster. Pandora turned two shades of pale.

“Poor thing.” Mischief led Pandora through the opening of the box. “It’s sweltering this close to the flames. You’re over-wrought. Some quiet time will do you good.”

“Quiet time,” Pandora said, chin trembling. “That does sound nice. It’s been so busy lately, what with Epimetheus’s bowling league and my Mary Kay parties.”

Mischief nudged her forward. “Quick. I think I heard Epimetheus call your name. Perhaps you should squat down behind Hope. I’ll shut the lid, just temporarily, of course, and head him off.”

“Do you promise you’ll let me out soon?” Pandora asked.

“I promise,” Mischief said. “Right after the whole thing blows over.” She lobbed a kiss to Pandora, waved goodbye to Hope and Narcissism, then placed the lid on the box. As it closed, she heard Narcissism telling Pandora about his silky hair.

Mischief slipped into Pandora’s house. Epimetheus, asleep and snoring in bed, twitched once and fell still. The box was lighter in her hands than she’d thought it would be and it slid easily onto the shelf next to the bowling trophy.

She let herself out the back door, leaving Pandora’s box and Epimetheus’s snores behind, and followed the road to the center of town.

Mureall Hébert is an MFA graduate from the Northwest Institute of Literary Arts, and volunteer editor at Whidbey Writes. Her writing has appeared in numerous print and online publications. You can find Mureall online at www.mureallhebert.com and @mureallhebert.