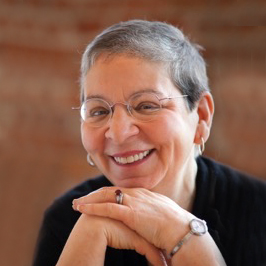 Nancy Pearl Shares her Favorite Books for 2015 with Whidbey Bibliophiles

America’s most beloved librarian and author of “Book Lust” held a rapt audience in the palm of her hand in Langley last week.

Nancy Pearl returned to the Whidbey Island Center for the Arts for the 18th year in a row, courtesy of the Friends of the Langley Library.

“This is a gift the Friends give to the island each year,” said Clare Creighton, president of the Langley Library Friends group, by way of introducing the much-loved diva of booklists.

Pearl addressed the large crowd of bibliophiles as comfortably as if they were all close friends in a living room. Dressed in a red cardigan and charcoal gray dress, she spoke first about author Judy Bloom’s latest book, even though it wasn’t on her list. “In the Unlikely Event” is a story told from the perspective of a 15-year-old girl whose life is forever affected by the crash of three airliners in her New Jersey town.

1. “American Reckoning: The Vietnam War and Our National Identity” by Chistopher Appy, is Pearl’s number one choice in nonfiction for 2015. “This is a relevant read for high school and college students,” she said. “It puts present events in context and asks the question: ‘does America occupy the moral high ground in terms of war from the 1940’s to the present?’ It’s a very accessible book.” (By the way, Nancy Pearl has master’s degrees in both library science and history. She mentioned that she likes reading historical fiction mysteries.)

2. Hard to read, according to Pearl, but her favorite novel for the year is “The Sympathizer” by Viet Thanh Nguyen. “It’s the best satire since ‘Catch 22,’” Pearl said, telling the audience that the story is centered on a seemingly South Vietnam sympathizer who is rescued by Americans in 1973. It turns out the young man is actually a North Vietnamese spy and the story uncovers how he confronts his past while living as an immigrant in the USA.

3. “Best Friends” by Mary Bard, one of the children’s books in Pearl’s “Book Crush” series, has been returned to print by Amazon. Its audience is girls aged nine to 12. The story centers on two girls whose widowed parents fall for each other, with the girls eventually becoming best friends. Mary Bard is the sister of the famous Seattle writer Betty MacDonald of “Mrs. Piggle-Wiggle” and “The Egg and I” fame.

4. “The Oregon Trail: a New American Journey” by Rinker Buck is a non-fiction title that, according to Pearl, Bill Bryson fans would enjoy. The author, in modern times, constructed a covered wagon and hitched it to a team of mules that he had to train, with comic results; he then set off to revisit the Oregon Trail, with hilarious relief added by the author’s slightly crazy younger brother. “After reading this,” Pearl said, “I wanted to go on the Oregon Trail myself, but only with my Toyota.”

5. “Highly Trained Dogs of Professor Petit” by Carol Ryrie Brink is a slim book for seven- to nine-year-olds. Another ‘rediscovery’ book published by Amazon from Pearl’s “Book Crush” reviews, “Highly Trained Dogs” takes place in 1873 and features one of the professor’s highly trained dogs who helps solve a crime.

6. “Heap House” by Edward Carey is Pearl’s third-favorite novel of the year. This young adult tale is “not Harry Potter…more Philip Pullman—strange and dark.” The story takes place in a parallel universe of London that is filled with garbage. “Something’s off and evil,” in this story, Pearl said.

7. “Strangler Vine” by M. J. Carter. The mystery is the first in a series set in 1839 India. A soldier is tasked with finding a missing author and forced to work with an unfriendly Foreign Service officer. Pearl notes that the “M” in “M. J. Carter” is for “Miranda.” The author used her initials to encourage more male readers to read her novel. “Men tend to read [only] stories by male authors,” Pearl commented drily.

8. “Tabula Rasa” by Ruth Downie is a mystery set during the Roman occupation of Great Britain in the early decades of A.D. The eighth book in the “Medicus Investigation” series, this title concerns the challenge of British acceptance of Roman rule, centering on a Roman official married to a British woman.

9. “Crooked Heart” by Lissa Evans is a novel about the odd relationships that can occur during war. In this case, it’s WWII and a young London boy is shipped to the countryside where he stays with a strange woman.

10. “Good Son” by Michael Gruber is, Pearl said, “hands down, an old favorite, a terrific thriller. The pages turn and I forget the grayness outside.” The story concerns a neglected American son whose mother marries a Pakistani and then is kidnapped while on a peacekeeping mission in Asia.

11. “Single, Carefree, Mellow” by Katherine Heiny is not, Pearl noted, typical of her usual reads. “But I loved this book,” she added. Readers who like Laura Colwin’s “Home Cooking” and “More Home Cooking” will enjoy Heiny’s novel, which has “splendid writing, is funny, pointed and about relationships.”

13. “Hold Still” by Sally Mann is a memoir by a woman who was once criticized for publishing photos she took of her children, which some viewers deemed inappropriate. Pearl says this is her second-favorite non-fiction book. The book covers ancestors, Mann’s long marriage and what photography means to her.

14. “Vanessa and Her Sister” by Priya Parma tells the story of Vanessa Stephens, the “merely intelligent,” caretaking sister of writer Virginia Woolf, who was considered brilliant. This is Pearl’s “second- or third-favorite novel” that details Vanessa’s caretaking of her mentally ill sister until Virginia’s suicide in 1949. Pearl said she relates with Vanessa in terms of the fact that both Pearl and Vanessa are older sisters who must care-take younger sisters considered more brilliant than they are. That kind of comparison, Pearl said, felt “like a knife to my heart.”

15. “Murdstone Trilogy” by Mal Peet (who died after it was published this year) is his first adult novel and a “terrific satire that casts doubt on the world of books and publishing.”

16. “The Prize: Who’s In Charge of America’s Schools” by Dale Russakoff. This Washington Post education reporter writes about the state of education in America today and whether or not the reforms, such as charter schools, are working. “The book expands your mind and illuminates the issue about this endemic problem,” Pearl said. She added that merely throwing money at fixing education in our country doesn’t work because rarely does the money actually go to benefit the students.

17. “Unbecoming” by Rebecca Scherm is, Pearl said, an excellent book for discussion by book groups. Near the top of her list for favorite fiction of the year, the book explores what it means to ‘unbecome’ who you once were.

Bonus books mentioned by Pearl, when asked about the best reads to take on a plane: “The Distance: a Thriller” by Helen Giltrow, “Altered Carbon” by Richard K. Morgan, “The Swimmer: a Novel” by Joakim Zander and “The Last Supper” by Charles McCarry.

While Pearl is clear in her likes and dislikes of the many books she reads, she answered one question about “what to read?” by saying: “Never finish a book you’re not enjoying. Life is too short.”

She added that she is not pressured by publishers to give a favorable review when she doesn’t like the read. It is this refreshingly honest quality, many people said afterward, that endears Pearl to them.

Speaking of books, Pearl said she won’t be reading Harper Lee’s “Go Set a Watchman: A Novel.” “It rankles me—the cynical way [the book’s publisher] published it,” Pearl said, in response to a question on whether she had read the book. “They marketed it to make a ton of money. It should have been said it was Harper Lee’s unedited and unpublished novel. Its publishing left me with a bad taste.”

After the talk, library patron Nicole Luce said she has listened to Pearl’s book talks for the past 25 years. “I had a ‘driveway moment’ once,” Luce recalled. “I was listening to Nancy talk about the mystery author Laurie King on NPR. I had to sit in the parking lot at a store and wait until Nancy finished talking before I could get out.” A quarter century later and, Luce said, Pearl has a passion for reading that still resonates.

Want to see the more of the books Pearl reads? She donates books that she’s read but doesn’t keep to Bryant Corner Cafe at 65th and 32nd in Seattle. She insisted the books be part of a free library and they are. Drop by and get a $2 latte on a Wednesday or a half-price cookie on Tuesdays.

Kate Poss works as a library assistant at the Langley Library. She was thrilled to work for three summers as a chef aboard a small Alaskan tour boat from 2008 to 2010. She was a newspaper reporter in Los Angeles for many years before moving to Whidbey Island where she likes ‘talking story’ best of all.