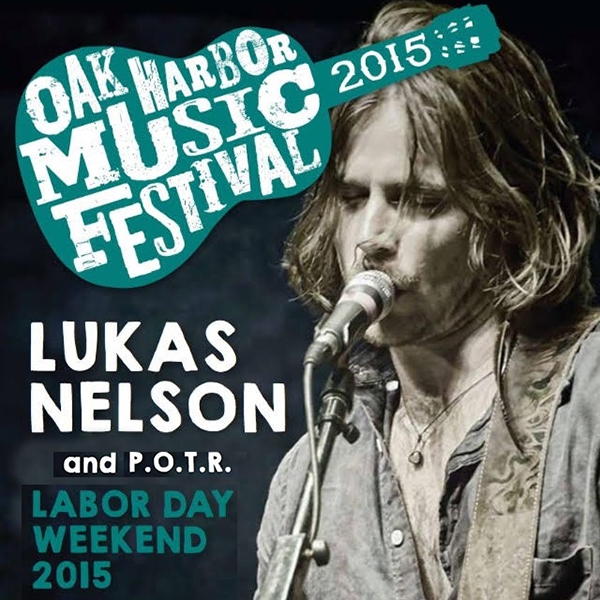 The unexpected success of the Oak Harbor Music Festival continues with this Labor Day weekend’s 2015 edition with what has become, in just four years, the flagship musical event of the island. Not bad for a town that has never been known for supporting a hopping live music scene. But this Friday through Sunday, Sept. 4 through 6, Oak Harbor will be front and center in the Whidbey Island music world.

However, despite its lack of music venues, quite a number of fine area musicians have come from Oak Harbor, including Larry Mason who has booked talent for the event since its second year, 2013. Mason has always been proud of the Ed Bridges Music Scholarship, which is awarded to graduating seniors from each high school on the island.

Janie Cribbs and the T.Rust Band

“This year the Oak Harbor Music Festival is awarding six music scholarships to graduating seniors from all three school districts on Whidbey Island,” Mason said. That’s double from last year. That’s because, this year, the festival has added another scholarship, named after another Oak Harbor High School music teacher, Bruce Lance, who retired this year.

Saturday night’s headline act is Lukas Nelson and Promise of the Real. Nelson, one of Willie Nelson’s musically gifted children, is a well-respected guitar player and singer—respected, as a matter of fact, by no less than Neil Young. Promise of the Real was formed around the group members’ mutual interest in Young’s music; the band’s name was inspired by lyrics from one of Young’s songs, “Walk On.” Eventually, Young invited the group to collaborate with him on his new album, “The Monsanto Years.”

Although the folk rock icon himself will not be at this show, Promise of the Real is backing Nelson up this year as he tours to support “The Monsanto Years,” which was released earlier this summer. (If you’d like to catch that tour, Neil Young and Promise of the Real will perform at Seattle’s WaMu Theatre on Oct. 4. However, tickets start at $122 apiece.) All shows at the Oak Harbor Music Festival are free, although donations are encouraged and accepted and are one of the primary sources of funds for the scholarships the festival provides.

The group’s performance at 9:30 p.m Saturday on the Island Trollers will also have a nationwide audience. “With the help of the Melodic Caring Project, we will stream Lukas Nelson’s set live to hospitalized kids across the USA, as well as to the Internet,” Mason said.

New to this year’s festival will be the presentation of the winners of the teen talent contest that the festival sponsored this year. “I am very excited about it,” Mason said. The seven winners will play at 1 p.m. on Sunday on the Island Trollers Stage. This is another way Mason and other organizers have found to encourage the development of musical ability among young, talented area musicians. After all, Mason himself was one of a crop of youngsters back in the 1970s who were inspired to pursue a career in music because of then Oak Harbor High School Music teacher, Ed Bridges, namesake for the festival’s original scholarship.

The participation of local musicians in the festival doesn’t stop with these young folks. “We also have the very talented Nathaniel Talbot,” Mason said. “Janie Cribbs and the T.Rust Band, PETE, Broken Banjo and the Cranberry Bog Bluegrass Band. Whidbey Island natives also play in Greg Murat and the Cool Wind, and the Mama Rags.”

As in the past two festivals, shows are presented on two main stages at either end of Pioneer Way in downtown Oak Harbor. The start times of the shows are staggered so that fans can catch at least parts of every act on the schedule if they want. There are two beer gardens, vendors, ample parking and even camping available.

Many groups on this year’s bill are return performers, including several of the local groups such as Janie Cribbs and the T.Rust Band, PETE and Nathaniel Talbot. Others include the Joy Mills Band, Fame Riot and Dylan Jacobsen. The festival has added a hip hop artist this year, Scotty Jay, as well as a big band, the A Town Big Band. A complete list of performers and the schedule for both main stages is posted on the festival’s website (see link at the end of this article.) Jazz, singer-songwriters and many other genres are included in the eclectic offering the festival is presenting.

Weather reports look promising and the music will be excellent. Last year, the festival drew 15,000 people, twice as many as the year before. With this year’s line-up and good weather, festival-goers should be prepared for some large crowds.