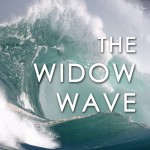 Only Calm Seas and Smooth Sailing for Jay Jacobs, Author of ‘The Widow Wave,’ a True Courtroom Drama of Tragedy at Sea

How does a boat with five people aboard just disappear? Without witnesses or hard evidence to explain it, Jay Jacobs embarked on the defense trial of his career.

To stand by someone “come hell or high water” means you’ll stay around during difficult times. Though not a commonly stated vow, in “The Widow Wave,” Jacobs’ debut novel, that promise is precisely the core of the story.

Looking at Jacobs one could easily assume him to be a typical “kindly grandfather”— soft-spoken, unassuming, wearing a felt cap and a slightly crooked smile. By appearance alone, no one would guess that he was the lone defense attorney in a multi-million dollar wrongful death case early in his career.

A retired civil litigator specializing in maritime law and a member of the California Bar Association for more than 35 years, Jacobs was raised in Massachusetts. Prior to attending Golden Gate Law School, he became a merchant marine logging thousands of miles as a sailor and officer on cargo ships, tankers and ore-carriers bound for ports in Africa, India, Northern Europe, Japan and South America. His years at sea provided boating experiences and knowledge that were beneficial to him in his law profession, enhancing his understanding of the predictable unpredictability of the sea.

Jay Jacobs on board the SS Cathy bound for India with a full cargo of wheat (photo courtesy of the author).

His memoir is courtroom tactics and procedure, love story and mystery all wrapped into one compelling, can’t-put-it-down drama of the worst recreational fishing boat accident to happen off the coast of San Francisco. And the fact that it’s a true story and a taken-to-trial court case makes it even more engaging and compelling.

Jacobs weaves together the tale of a wrongful death suit that took place in 1986—a case that stayed with him, for nearly twenty years. “The Widow Wave” is the story of a woman who risks everything to keep the name and reputation of her deceased husband untainted. Her husband, the captain—as well as her son, brother-in-law, and two business associates—were on their way out to a favorite fishing area when they were all lost in a horribly tragic mishap at sea.

The telling of the court case is not only about love, honor and steadfast belief by a woman for her husband but also a story of gut determination, investigation and a deep-seated quest for truth and justice by a lawyer for his client—come hell or high water.

While the losses are gut-wrenching and heartbreaking, it is the multi-million dollar, high-stakes courtroom drama that is inspiring and captivating. “Listen with your eyes,” Jacobs told me, was something his father once said to him. It was quite apparent that Jacobs heeded that advice by his savvy and seemingly innate perception of those around him and the information he gathered from their non-verbal clues.

Jacobs tells this gripping tale with honesty and ease, never once making himself out to be a hero. He deftly transports us from the depths of pre-trial research and investigation to the courtroom to the rolling seas of the coastal waters off Bonita Point and back to the courtroom once again. We follow him as he grasps for whatever or whoever might shine some light and bring about the truth of what happened that fateful day at sea.

The story is technical, educational and consuming. The highly descriptive and all-too-real presumptions of the Aloha’s last moments at sea along with scientific explanations of wave formation, current nuances and ocean depth that mingle with Jacobs’ insightful, analytical dissection of every possible possibility of the ship’s disappearance make for an emotional and exhaustive read.

The intricacies of trial law take the reader on waves of highs and lows, surprises and disappointments. The case itself, as well as the mystery of what caused this tragic accident, will keep you a page-turner and nail-biter to the end.

The amount of hours of research and court time for this case is impressive. “It took roughly 400-500 hours of pre-trial evidentiary research and preparation,” Jacobs said, “and another 300-400 procedural hours during the three-week trial.” The book itself took several years to complete.

After years in Southern California and the Bay area, Jacobs and his wife, Marsha, now reside in Freeland and call Whidbey home.

Julie Thomas, manager of the Institute of Geo and Planetary Physics at the Scripps Institution of Oceanography said, “Jay Jacobs skillfully weaves together the legal, scientific, and maritime narratives to enthrall and educate the reader.”

Daniel James Brown, #1 NY Times bestselling author of The Boys in the Boat said, “The book reads like a well-wrought detective novel.”

This writer says, “Move over John Grisham! This is a great read; a must read! I’m hoping for a film version—soon! Riveting, inspiring, full of mystery and emotion—this is a story that will stay with you long after you have put the book down.”

Jacobs will be speaking at the Clinton Community Hall (a Clinton Library event) at 4 p.m. on Thursday, April 2.

“The Widow Wave” is available locally at Moonraker Books in Langley and The Kingfisher in Coupeville, as well as other bookstores including Amazon and Barnes & Noble.

For more images from Jay’s time at sea, please visit his website.

Les McCarthy is an author, entrepreneur, and IPPY bronze medalist for her yearly “Healthy Living ~ Healthy Life: 365 Days of Nutrition & Health for the Family” calendars. Still somewhat new to the island, she loves every raindrop that isn’t a snowflake and that Spring has arrived three months earlier than she’s used to. On a daily basis she joyfully tends to her geriatric fur factory, neighborhood deer, squirrels and slugs.

CLICK HERE to read more  WLM stories and blogs. Have a great story idea? Let us know at info@whidbeylifemagazine.org.