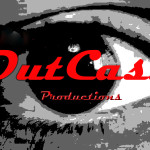 OutCast Productions is holding auditions for remaining roles in our 2014 season between 1 and 3 p.m. on Saturday, April 5. Auditions are held at our rehearsal studio at 5481 Deer Run Rd, Langley; email ocp@whidbey.com for directions. These will be cold readings from the season’s scripts so no preparation is necessary.

Roles are available for the following:

“Why Torture is Wrong and the People Who Love Them” by Christoper Durang, directed by Ned Farley
• Three males, ages mid-20’s through 50’s; one female, age 40’s-50’s