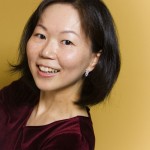 A festival of a songs will take place during shopping hours at the South Whidbey Tilth Farmers’ Markets, Sunday, Aug. 16. The most-fun part of this music festival is, for some, a sing-along of many well-known pieces, including peace and anti-war songs of the 1960s, popular oldies and more.

August 15 is a Japanese holiday marking the end of World War II; therefore the songs for this event promote peace and are aniti-war. Fumi Tagata will sing the beautiful lyrical anti-war song from Okinawa, “Sugar Cane Fields.”

The performance takes place between 11 a.m. and 2 p.m. The market is located at 2812 Thompson Road, off SR 525, between Bayview and Freeland. Visitors can find food and drink on site, clean restrooms, wifi and plenty of parking. Local produce is at its freshest and ripest this time of year. SNAP cards and FMNP coupons are welcome. For more information contact market@southwhidbeytilth.org or call 360-544-2278.