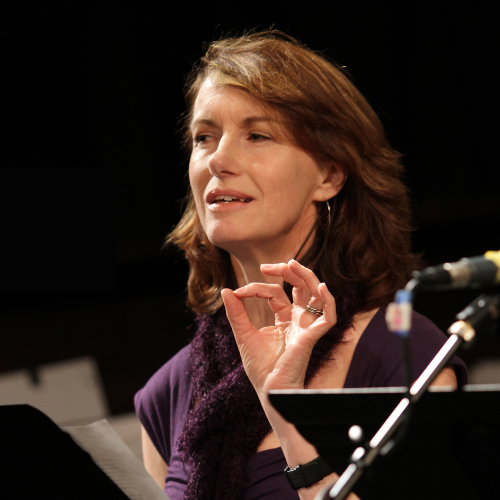 Poet Laureate Elizabeth Austen comes to Langley for interview/reading on Jan. 9 and workshop on Jan. 10

Washington State Poet Laureate Elizabeth Austen returns to Whidbey Island to share her poetry, talk about her new book, “Every Dress a Decision,” and to teach a poetry workshop.

Austen will speak at 7:30 p.m on Friday, Jan. 9, with Book City columnist and Langleyite Val Easton at WICA in Langley. Austen will also offer a two-hour poetry workshop in Zech Hall at 10:30 a.m. Saturday, Jan. 10 for up to 20 participants.

Easton said she’s very much looking forward to her conversation with Austen.

“I’m excited to have a chance to interview Elizabeth, and hope to encourage her to talk about her life as a working poet,” Easton said. “Where does the inspiration come from? How many jobs do you have to work to write poetry? And what the heck is a poet laureate anyway?”

As the third poet laureate of Washington, Austen said she understands her job is to let Washingtonians know that poetry is available to them. She aims to foster that awareness by visiting all 39 counties of our state to introduce poems and the idea that anyone can benefit from writing poetry. In an interview on KCTS9 with Molly Spurgeon, Austen said that poetry offers us more than something for just weddings and funerals; writing poetry, she said, is a way for us to understand ourselves; a way to deal with the world around us.

In addition to trumpeting the value of getting poetry into our everyday lives, Austen will also introduce audiences to her debut collection of poems, “Every Dress a Decision,” which was published by Blue Begonia Press in 2011 and was a finalist for the 2012 Washington State Book Award in poetry. The aftermath of her brother’s mysterious death forms a subtle narrative spine for the book, around which other pressing questions revolve. In a voice both lyrical and wry, Austen’s poems delve headlong into the realities and contradictions of 21st century social expectations, desires and identity.

“How can you not admire a poet whose debut poetry collection is titled “Every Dress a Decision?” Easton said. “I was delighted and impressed when I heard Elizabeth read in Langley last spring. Turns out she’s a Shakespearean trained actor and brings both her love of poetry and her acting chops to the reading of the work.”

Austen is a Seattle-based poet, performer and teacher. She has also authored two chapbooks, “The Girl Who Goes Alone” (Floating Bridge Press, 2010) and “Where Currents Meet,” part of the 2010 Toadlily Press quartet, Sightline.

For more than a dozen years, she has produced literary programming for KUOW 94.9 public radio, introducing recordings of Pacific Northwest literary events and interviewing local and national poets. She served as the Washington “roadshow” poet for 2007, giving readings and workshops in rural areas around the state. She is the recipient of grants from Artists Trust, 4Culture and the City of Seattle, and is an alumna of Hedgebrook, Artsmith, the Whiteley Center and the Jack Straw Writers Program. She holds an MFA in poetry from Antioch University-Los Angeles.

Austen frequently teaches the art of poetry aloud, believing that: “something magical is possible in a performance that doesn’t happen anywhere else — something electric, immediate, and entirely ephemeral… an exchange between performer and audience that is fluid and a little bit dangerous.”

Online tickets are available until noon the day of the show at http://www.wicaonline.org. For tickets by phone, call the box office at 800-638-7631 or 360-221-8268. You can also buy tickets in person at the box office at 565 Camano Ave in Langley between 1 and 6 p.m. Wednesday through Saturday or two hours before any show.