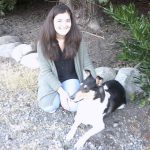 Preparing for the Fair Days of Summer

As I stop in the middle of the street, my finger twitches over the turn signal lever. In a split second, I turn left into the parking lot because, for the first time in almost forever, I am a civilian, or worse, a rube, sucker, or perhaps one of the ruder, off-color terms some carnies have for those not conversant in the ways of the midway.

Any other time, I would have turned right into the fairgrounds, just as I had most of the previous decades of my life, either as a newspaper reporter or a 4-H dad and volunteer who helped set up displays and held lunches and jackets for kids now far too sophisticated for mom-inspired demands like that.

Today, it feels different. I’m not around to interview the two-headed pig or encourage gluttony by praising the guys in the rib-eating contest. I’m not even there to see if my kid won any ribbons. This moment at the fairgrounds in Langley feels very different, for seconds anyway, until I get a little dust on my shoes and begin feeling the deep-fried, sugar-coated nostalgic excitement that is the fair.

This time, T-minus less-than-two-weeks from opening, is the ultimate backstage time. People, lots of them, including 4-H kids and leaders, parents, and exhibitors—most armed with food, paint, and cleaning supplies—are here to work, laugh, and enjoy each other’s company, as they paint and shine up the ol’ fairgrounds.

It’s not glamorous work: Lyndee Weeks and Kyra Levit, both of Langley, sit between a small mountain of chicken food dishes, and a tub of soapy water. One washes and one wipes. Both chat to while away their chore time.

The day is beginning to get warm, but not yet hot. The shade is pleasant, but so is the occasional splash of soapy water. Quickly, the girls fall into a rhythm of wash, wipe and stack.

Lyndee Weeks and Kyra Levit clean chicken food dishes outside the small animal barn at the fairgrounds on Sunday. (Photo by Patrick Craig)

Talk moves readily from the day, the fair, and most pressingly, the competition for prizes in the various animal, craft, and skill events that are a big part of every 4-H’ers fair. These girls compete in sheep, chickens, sewing, and photography.

It’s the last category that still gets under Lyndee’s skin—she’d submitted a photo in the “Nature, Close-up, Animal” category.

“A picture of an eyeball won,” she says with no little discontent in her voice. “They beat me with an EYEBALL!”

There may not be parimutuel betting at the Island Fair, but competition is still keen.

Whidbey Island’s fair history goes back more than 100 years when it was formed in 1912 by a private company. The fair was restructured and reincorporated as a Washington state nonprofit in 1923 and achieved nonprofit status with the U.S. Internal Revenue Service in 2002.

The fair’s first property, a chicken farm, was bought for $33 in 1934. The next year, construction on the Pole Building began and was completed in 1937, with horse barns and exhibit rooms on the grounds being built through the early ‘60s. The grounds were deeded to Island County in 1962.

For many in the area, 4-H membership becomes a multi-generational activity. The age range for membership runs from 5 to 19 and Washington 4-H programs are supported by the Washington State University Extension.

Cassie Pfannenstiel, this year’s Whidbey 4-H’er of the Year, says she has enjoyed her club’s relationship with the university. “They’ve been very helpful and seem to always be willing to talk with you,” she says. Pfannenstiel became involved with 4-H as a little girl. “My Dad gave me a German shorthair pointer puppy. And even though he didn’t know much about 4-H, he said he heard they were pretty good with things like that.”

Cassie Pfannenstiel and her prize-winning smooth collie Comet, who live in Oak Harbor, get ready to practice for their canine events at the Whidbey Island Fair in Langley. (Photo by Patrick Craig)

That was 14 or 15 years ago, and since then, she’s won several awards with her dogs, traveled around the country to 4-H activities and programs, and serves as one of the 4-H reps at the county. The club’s canine program even enabled her to compete nationally in the youth division of the Eukanuba dog competitions with her current dog Comet.

Pfannenstiel also became a prize-winning horsewoman after staying with skills she learned as a kid with The Pony Club. She continues to compete in dressage and other equestrian activities, mostly outside 4-H.

She considers herself a farm kid. “Kind of, anyway, I did chores night and evening,” she says, glancing around the small farm where she lives with her family.

That will soon change. Not long after the fair, Pfannenstiel will enroll at Montana State University in Bozeman and live away from home for the first time. She believes her 4-H activities—from public speaking to animal projects—representing the club in the city, county, and beyond, plus outside activities such as dressage, have helped her gain the skills and confidence that will serve her well through life.

Patrick Craig has written for newspapers for half a century. At the beginning of his career, he was a reporter in just about every department but business. For most of the past 50 years, though, he wrote reviews and columns about theater and television. He worked for a chain of daily newspapers and covered theaters in San Francisco, Ashland, New York, and Chicago.