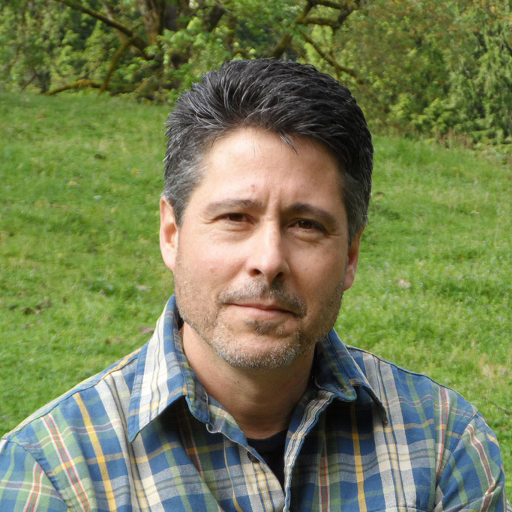 “Everyone can write,” said Robert Dugoni, as he talked about how to write a best-seller. And he should know.

Dugoni has now published eight novels and one volume of non-fiction. He wanted to be a writer from a young age and gives lots of credit to his mother, a former English teacher, for his love of books. If he expressed boredom she gave him the choice of pulling weeds or reading. He chose reading.

Dugoni was born in Idaho and grew up in Northern California where he studied journalism and creative writing at Stanford University. He worked briefly as a reporter at the San Gabriel Valley office of the Los Angeles Times before earning a degree in law from UCLA. After working as an attorney for thirteen years he was faced with the hard reality that he was not doing what he dreamed of as a young man—being a writer. With the support of his wife, he left his job and they moved to the Pacific Northwest, where she had grown up.

“It was a matter of necessity—to succeed,” Dugoni said. “I came to Washington and didn’t have a license to practice law. I had to make this opportunity count and knew I was blessed to have it. I thought about stories my Mom told of hard times when she searched through pockets while doing the laundry to find enough change to buy groceries. She did what she had to do to provide for her family and I had to do the same.”

“People say to me that it must have taken a great deal of courage. But it wasn’t courage, it was fear. I was afraid of waking up one day in regret of not doing what I had always dreamed of doing—of not taking that leap.”

Dugoni rented a small office in Seattle and set to work writing. His first novel was rejected many times but he stuck with it. He realized he needed to learn more about the craft of telling stories and he began studying in order to understand skills needed for plot, character development and setting. He understood that a good idea and even good writing might not be the only things needed to get published.

Perhaps “driven” would be a good word to describe the way he faced this challenge. He understood that he was making mistakes and was determined to learn what was needed to succeed.

Dugoni’s first novel, “The Jury Master,” was published in 2006 and became a New York Times bestseller.

“Everyone can write, but not everyone can get published. If you are passionate about writing, then you should write,” he said, as advice for aspiring authors.

Now his day consists of getting up before 6 a.m. to work out, shower, shave and get dressed to go to work. He enters his office and starts every day by reading a portion of “The Green Mile” by Stephen King. He reads, he said, until he feels a certain rhythm and finds his muse to begin writing.

His office is filled with reminders of being persistent and focused on the task. Photographs of New York City line the walls as a reference to the publishing industry. And there is a large portrait of Elvis. “As a very young man Elvis stuck to what he wanted to do and the way he wanted,” Dugoni said. “He didn’t quit when criticized and he changed the entire music industry—that is inspirational.”

“My parents’ generation felt that if you wanted something badly enough you had to go after it and if you failed, then at least you failed trying. One thing that helps me is a stubborn attitude and believing in myself.”

“My Sister’s Grave,” Dugoni’s most recent book, was published in Nov. 2014 (image courtesy of the author)

The Northwest Institute of Literary Arts will present Robert Dugoni’s intensive workshop, “How to Write Thrillers,” from 9 a.m. to 4 p.m. on Saturday, May 16 at Old Bayview School, 5611 Bayview Road, Langley. (See the link for class registration at the end of this article.)

Topics to be covered during this session include: creating characters that resonate with readers, writing engaging plots, building tension, creating suspense and how to become your own best editor.

“The classes are practical but can actually become very spiritual,” Dugoni said. “Not everyone wants to write for the same reasons. Some people are writing to leave a legacy for their families—to leave stories behind that are important not to be forgotten. These stories are as valuable and the writing just as passionate. Everyone can benefit from learning story structure and how to make their story as engaging as possible; these are skills that can be developed.”

Martha is a poet, photographer, mixed-media artist, persistent gardener, candle-maker and semi-retired knife sharpener. She currently makes her home under the blue hole in the sky that is found on central Whidbey Island.