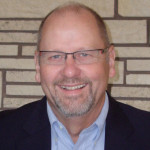 Rock Bottom Line || How we look by the numbers

When a Whidbey tourist sweetly asks me what kind of people live here, I usually give a standard “Kumbaya” answer I hear others spout. “…Lovely, caring, environmentally conscious, giving, artsy folk…devoted to our island’s sustainable, natural, local life style.”

OK, if pressed, I will go beyond what’s in the glossy tri-fold on the ferry, and I will also admit that we’re mostly older and whiter than the rest of the America, but so what? We’re also politically as far

apart as Oak Harbor and Langley. And many of us came here either to enjoy our pensions or buy-outs, or to start new mid-life, downsized, work-at-home or hands-in-dirt careers.  If it’s the latter, it’s got to be entrepreneurial, of course, and absolutely non-corporate.  Unless Kickstarter counts.

The other day I wondered what I’d discover if I had some real demographic information to back up these assertions I am so blasé in making.  So I turned to that fount of knowledge, the United States Census Bureau, which maintains a dizzying amount of statistics about us.  And I turned up some pretty interesting stuff I didn’t know about our beloved island home.

While the population of the rest of Washington grew by 5 percent to just over seven million from 2010 (when the last formal census was taken) through 2014, Island County grew by just 0.4 percent to 78,801.  So much for the early-2000s myth that rich Baby Boomers would transform the island into a geezer paradise of assisted-living condos.  That idea seems to have died with the financial collapse of 2008.

Although Island County includes both Whidbey and Camano, Whidbey has the lion’s share of the population, including the largest town, Oak Harbor, which represents 28 percent of the total.  (As I write that, I hear knuckle-biting from some in Langley and Clinton, but it’s a simple truth not to be ignored.)

We are split 50-50 between females and males.  So much for the myth that the male-dominated military swamps us.  And here’s something that really surprised me:  As of 2012, the latest year in which statistics are available, women made up almost 58 percent of those with a paying, non-government job on the island.  Statewide, that percentage is just under 50 percent.

What accounts for this?  In part, it results from the collapse of the island’s construction industry during the financial crisis.  Many men who worked in construction trades either left the island or were unemployed.  Women, meantime, were able to find or keep jobs in hospitality, retail, health care, finance and insurance businesses.

Overall civilian employment in Island County fell to just over 30,000 in 2013, down from almost 33,000 at its peak in 2008.  Our unemployment rate is actually down to about six percent today from a high of 11 percent in 2010, but the overall decline in jobs suggests that some have quit looking for a job or have moved away.

The idea that we’re better off financially than others in the state or country also seems to be a myth.  Per capita income in Island County last year was $41,350 compared to $46,045 in the state and $43,735 in the United States.  (That’s income from all sources, including wages, pensions, government programs, investments, etc.)

We’re also slightly better educated than the rest of the state, with almost 95 percent of the adults saying they are high school graduates compared with 90 percent in all of Washington.

When I add it all up, I stand by my Kumbaya descriptions.  No matter how you look at us, we’re a patchwork crazy quilt—slightly paler and older maybe, but our patches are fascinating!

Once upon a time, Harry Anderson made an honest living as a reporter, editor and columnist at the Los Angeles Times.  He now lives in Central Whidbey,  where he spends his time gardening and ruminating on things that interest him.