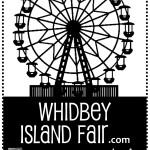 Save July 31-August 3 for the Whidbey Island Fair

In the decade-plus that has elapsed since Paradise Amusements began to provide the Fair’s carnival attractions, the Good Cheer food drive and presale ticket campaign were among the innovations Paradise introduced to benefit our community.

In light of the changing experience fairgoers who are also carnival attendees have been vocalizing the past few years, the Island County Fair Board tried to find another carnival operator to participate during the third weekend in August. Given the fact that Whatcom County (Lynden), Clallam County (Port Angeles) and San Juan County host fairs the same weekend, western Washington carnival operator availability was nil. Every alternative company sang the same tune: “If your fair were another weekend …”

So, the Fair Board posed the question of a date change to the island’s mayors, school districts, 4-H, chambers of commerce and other players in the summertime activities field. The question was posted on Facebook: “What if getting a better carnival requires moving the dates?” The responses were overwhelmingly supportive of moving the date if it meant providing a better carnival operation.

From Meg Hilkey, “Don’t mind a change to dates if we make sure the ag department is okay with it. The main thing is the exhibits, so making sure animals and crops can grow in time … works for us, we need to have a better carnival for sure.” Lynn Willeford echoed the same perspective, “Well, it works better for the rides, but how does it work for the agricultural aspects of the fair to move it forward three weeks? Will the pigs be piggy enough, the zucchinis ripe enough, the flowers blooming enough?” The Fair’s response was: “We might even get baby pigs if earlier. 4-H seniors who usually have to go to college before the fair will be able to finish their final year at the fair and compete, and different things will be in bloom or ready for harvest. Fairs occurs in western Washington throughout July to the end of September, so our entries dynamic will change.” And with a vote of confidence, Lynn responded, “Thanks for the explanation. I think I’ll just trust Sandey Brandon and her awesome crew to make the right decision.”

The decision has been made. The Fair dates are Thursday, July 31 through Sunday, Aug 3. The on-island scheduling conflicts the first weekend in August have been resolved. South Whidbey Parks & Rec will hold its triathlon two weeks later and the Soupbox Derby moved into the vacated Fair weekend slot, which may actually result in better weather for that event. Nothing need be done about Seafair, the Anacortes Arts & Crafts Festival or Stanwood-Camano Community Fair, because all are multi-day events and summer is always full of choices.

One hundred and one years of fairing in our community and there are only 167 days until this year’s Fair: “90 Years of Family Fun!”