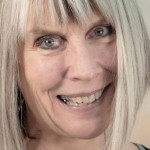 Sirithiri travels far and wide to get it local

I remember my “first” salad.  You laugh. A salad!  Yes, a salad but a salad strikingly different from any that I had experienced up until then.

Don’t get me wrong, the salads of my youth weren’t bad.  My mom was hip.  In a nod to Cesar Chavez, there was no iceberg lettuce in the house, Viva La Raza! and Sunset magazine lay casually open on the kitchen counter.  The night’s salad would be served in a teak bowl, composed of torn romaine (imperceptibly wizened in the crisper of the refrigerator) and garnished with slices of avocado and pink grapefruit.  These foreign extras had traveled great distances and were unreliable and, more often than not, black or bitter and smelling like cold-storage cardboard.

I traveled far to experience my “first” salad. The setting was exotic, a rocky island off the coast of Africa.  There was only the sea, the beach and a desolate inland with one rocky road that wound up and around rocky hillsides through rock-walled villages and ended, with a sharp intake of breath, at a rocky cliff and the vast, silent sea beyond.

I never saw a farm or field while we were there but each day on my way to the beach, I walked over a slim margin of dirt between the rocks and the sand.  Here, there was a small house where chickens jerked across a baked-brown yard, goats bleated and a woman dressed in black tended a small garden.  Perhaps the color of the sea or the closeness of the sun polarized my vision but the colors of the vegetables and this slice of local color were exaggerated and vivified.

My “first” salad was simple and I ate it in the bar of our cheap hotel.  A stiff breeze cooled the evening and we sat in the half empty room filled with the smell of saffron, squid and sausage from a large open pan of paella behind the bar.  I didn’t see who made my “first” salad.  I imagine it was the quick work of the woman in black, her brown hands adept and strong.  The lettuce was greener than green and had been rinsed but not chilled; the tomatoes, redder than red and still pulsing from the heat of the day. Each bite of color translated into a vivid flavor and texture that were bound together by a shimmer of garlicky olive oil and the sharp bite of oregano.   Even the knife scratches on the tired white plate had a special patina

And so, I was changed by the local.  I traveled far to experience my “first” salad from the garden of the woman in black.  Like all good “firsts,” I wanted it again and I still do and I am disappointed when it isn’t there.  But, I know where to find it; it’s very nearby.  Ah, the remarkable in the local.  It can happen.  You laugh!  Give it a try; there’s nothing like a “first.”

Siri Bardarson is a musician devoting this year to creative projects that synthesize her classical and popular music backgrounds via her new electric cello.  She is ecstatically happy!