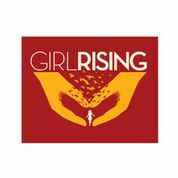 Soroptimist International of South Whidbey Island is bringing a global movement to educate girls and change the world home to Whidbey Island with a Screening of Girl Rising at Whidbey Island Center for the Arts on Sunday, November 2 @ 1:30 p.m.

The event is directly supported by Girl Rising in collaboration with their founding partner Intel in celebration of International Day of the Girl. The screening is one of thousands of events around the world that will shine the spotlight on the transformative power of girls’ education.

Girl Rising is presented by Soroptimist International of South Whidbey to raise funds and awareness for scholarships, programs and the Start Dreaming Day Camp for Girls.

Girl Rising is a groundbreaking feature film that spotlights the stories of nine unforgettable girls born into unforgiving circumstances. The film captures their dreams, their voices and their remarkable lives. It is also a movement dedicated to empowering and achieving educational equity for girls around the world.

This International Day of the Girl celebration will bring friends, family, co-workers and Community together to raise global visibility about the importance of educating girls.

Soroptimists believe in the power of education to change not only a girl, but the world. By hosting a screening of Girl Rising we are demonstrating our commitment to breaking down the barriers that prevent girls around the world from going to school ­ barriers like child marriage, sex trafficking, gender violence and discrimination. We are proud to be part of this growing movement, raising visibility on Whidbey Island alongside thousands of other events worldwide.”

“If to see it is to know it, this film delivers hope; reasonable, measurable, tangible hope that the world can be healed and helped to a better future,” said Meryl Streep.

“It’s a powerful film that has the potential to inspire change in the world. If you’re not moved, you’re not breathing,” said Alicia Keys.

Girl Rising is also a movement that embraces the words of activist Malala Yousafzai: “One child, one teacher, one pen and one book can change the world. Education is the only solution.” The movement was founded by award­winning journalists at The Documentary Group and Paul G. Allen’s Vulcan Productions, along with strategic partner, Intel Corporation. Girl Rising’s International Day of the Girl activities are sponsored by Intel.

Girl Rising is built on a foundation of partnerships with NGOs, corporations, policy makers, and grassroots organizations — all working to change minds, lives, and policy.