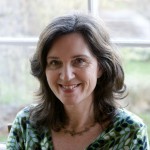 Washington State Poet Laureate Kathleen Flenniken grew up in Richland and now lives in the Seattle area, but for three days in October 2012, she was very much a part of the Whidbey Island art scene, when she visited Whidbey as part of her outreach work as Poet Laureate.

Everyone who met Flenniken was charmed by her warmth and by her words.  Her two books of poetry, “Famous” and “Plume,” grew out of her young life “on the Project” and her later experience living near and then working at the Hanford nuclear site.  Her poetry reminds us that in the right poetic hands, even the most challenging subjects can become beautiful.

Flenniken recently let us know of some new developments with her poetry and here they are for all those who enjoyed meeting and hearing her this past October, and for those who may be new to the poet’s work.

(Photos courtesy of the poet.)