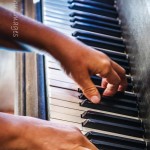 SPOTLIGHT: Weidendorf and friends to play concert at WICA July 13

Whidbey Island Center for the Arts in Langley is excited to present “Sheila Weidendorf in Concert,” at 7:30 p.m.  Saturday, July 13.

Pianist Sheila Weidendorf will play a variety of classical works in Langley at WICA on Saturday. (Photo courtesy of the artist.)

Enjoy an evening of classical music with pianist Weidendorf, performing 19th century romantic solo piano works by Beethoven, Brahms, Chopin, and Liszt, composers who offer the gamut of human emotion and experience. Also included in the program, are collaborative works by Debussy, Desenclos, Poulenc, Messiaen and Mozart. Audiences will also be treated to a throwback to the classical era in an ebullient piano duet of W. A. Mozart, with guest pianist Dianne Vars. This dynamic evening will also feature guest artists Frances Kenney, Brian Kenney, Gloria Ferry-Brennan and Neil Welch.

Weidendorf began her musical life at age 9, studying first the piano and then pipe organ, saxophone and voice. She focused on piano performance in music school, and performed regularly until injury forced an early retirement. She only returned to the keyboard about five years ago, and now enjoys a rich performance life on Whidbey Island.

Weidendorf also plays in popular idioms, and has offered musical direction to theatrical performances at WICA, including “Scrooge” and “The Full Monty” this past season. In the upcoming WICA theater season, Weidendorf looks forward to guiding the musical direction of “City of Angels.”

The artist sings with Whidbey Chamber Singers, and founded Island Consort, Whidbey Island’s resident Early Music ensemble for which she is a vocalist and harpsichordist. The consort includes a variety of vocalists and instrumentalists performing works of the Renaissance, Baroque and early Classical periods. Weidendorf also plays and records with Rhythmodique, an improvisational jazz project and is currently preparing for a multitude of concerts in 2013-14 and beyond.

(At top, photo by Jim Carroll.)