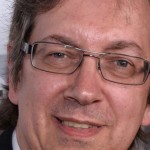 Walking the Red Carpet in Hollywood is a long way from Bob Nelson’s usual writing routine when he’s at home in Freeland, Washington. That normally consists of him doing research during the day and then creating words on a page from 9 p.m. until 3 a.m. with only the owls for company.

But accolades are to be expected if you write a screenplay of the caliber of “Nebraska,” which has been nominated for six Academy Awards, including a Best Original Screenplay for Nelson.

As I talked to the author, 57, about his experiences it became obvious that his own journey has been as interesting as the movie’s main character. “Nebraska” is a story about Woody, an aging alcoholic played by Bruce Dern, who sets out on a cross-country adventure to claim a bogus million dollars in a marketing sweepstakes. Overcoming jaded family members and old adversaries, Woody uses dogged determination to pursue the money he believes is rightfully his. Though things don’t turn out exactly as expected, he eventually has his moment to shine.

That is no doubt the kind of determination Bob Nelson needed to believe his story would eventually come to life after its own 10-year trek. It was a journey that started in 1999 when the Seattle-based TV show he was writing for, “Almost Live,” came to an end. With unemployment looming, Nelson wrote the first draft of “Nebraska,” a story he had been thinking about for a while. He admitted he relied on his personal family experiences to create its world, and no more so than for the character Woody, who is based on his own father.

“I heard my Dad’s voice in my head when I would write a line that came out of Woody,” Nelson commented, “particularly the voice in his later years when the alcohol had slowed him down. By that time my father’s manner was a little less verbose, a little more terse with his midwestern taciturness,” Nelson said. “But, for creative purposes, I did make his character a little more cantankerous.” He drew the rest of the characters from visits to his extended family in the Midwest, of which he has vivid childhood memories.

With the first draft completed, he headed off to Hollywood with no idea of its potential, believing it would serve as a nice writing sample for producers and perhaps be a “little movie” he could shop around the Indie Market.

His screenplay, however, was destined for bigger things and, through a number of serendipitous connections, it caught the attention of Alexander Payne, the successful director of the movies “Sideways” and “The Descendants.” Payne, who has spent 20 years proving he can turn an indie into a mainstream movie, saw the potential in the gritty, character-driven comedy and it became a much larger Paramount Studio’s project.

Even with all the power players in place, it still took a decade to complete, with Payne agreeing to direct it just as he was gearing up to shoot “Sideways.” Despite the long wait, Nelson always remained optimistic that the movie would be made. He joked that it gave Bruce Dern ten years to age into the perfect version of the onscreen lead character, the actor Payne had seen in the title role from the beginning. Nelson added that now “he couldn’t see anybody else in that role.” He commended the director’s instincts for casting the perfect actor and sticking to his original gut feelings about Dern, even after a second round of casting auditions.

Bruce Dern (right) in a scene from “Nebraska”

It seemed that the casting experience was a precedent of the collaboration process to come between Payne and Nelson, who admitted he lucked out getting a director of Payne’s ability on his first movie. A director known for his drive to make movies about real characters, Payne was very respectful of the script and the characters Nelson had created. The director even had a hand in the ending. A novice feature writer, Nelson admitted he had originally written a more explosive end to the story. Once it became an Alexander Payne movie, however, the director encouraged him to find an alternative ending driven by the arc of the main characters. The results speak for themselves.

Unfortunately for Nelson, his father—who has passed away—will never get to see the role his son created based on him, but his mother, who is 85, actually had a small part in the movie. Living close to the town in “Nebraska” where they were shooting, she was invited to be an extra when she visited her son on the set one day. She also had the added thrill of joining him on the red carpet for the Chinese Theatre premier in Hollywood. Nelson hopes she also may be able to join him again for the Academy Awards celebration.

There is one difference, however, between Woody’s journey and Bob Nelson’s: while Woody was really always on a fool’s errand, Bob’s journey of success appears to be just beginning. The way I see it, no matter whether he gets his statue or not on March 2, with the notoriety he has achieved with “Nebraska,” his future is looking golden either way.

Suzanne Kelman is an awarding-winning screenwriter that has been optioned. She will be teaching a new six-week screenwriting basics class from 10 a.m. to noon on Saturday mornings starting on March 22nd – April 26th. For more info about this class, email Suzanne at suzkelman@gmail.com