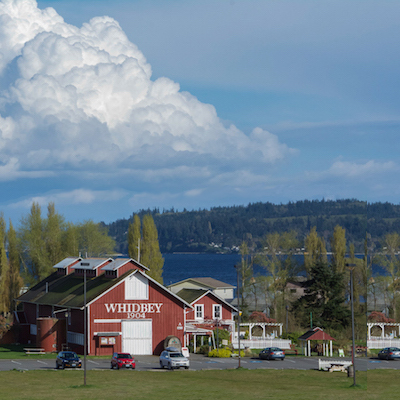 The Art of Public Process: Take part in the discussion for ‘community’ and ‘art’ on July 8

Typically, meetings of the Port Commissioners in Coupeville don’t stir up too much controversy.

But every once in a while, something is said that leads to a much larger conversation. Such is now the case. At the June Port of Coupeville meeting, it was confirmed that there has been communication with the County and with WSU about establishing a “presence” for the university at Greenbank Farm.

While an interesting idea, worthy of discussion, that discussion should also include consideration of the fact the Farm is already busy, has a full slate of activities and events, and currently has no vacancies. All of the tenant spaces are occupied. Three of these tenant spaces are rented to popular galleries.

For WSU to “establish a presence,” especially within the next year—but, really, at any point—it would seem someone would have to relocate. That moves the discussion from that of an “interesting idea” to that of a potentially disruptive one. Such a discussion is slated for the July Port meeting. The conversation is hoped to shed light on the priorities of the Port of Coupeville, as well as on the priorities of the community that considers the Farm “theirs.”

If you are reading this, via the on-line Whidbey Life Magazine, I’m guessing that community and art both float to the top of your priority list.  So come take part in the “art of public process,” and attend the MEETING of the Port of Coupeville Commissioners at GREENBANK FARM on WEDNESDAY, JULY 8, from 10 a.m. until it’s done.