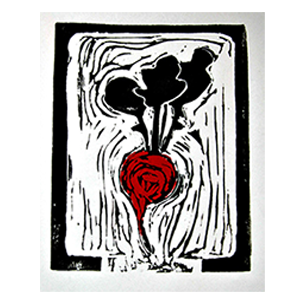 The Roaming Radish will roam over to Holmes Harbor in September

Chef Jess Dowdell and her team are so busy with catering jobs that the little Main Street space in Freeland has become too small. But they won’t have to change their tagline, “Freeland, not as far as you think!” They’ll be just a hop and skip down the road in Freeland. The Roaming Radish will move to what was the Holmes Harbor Golf and Country Club’s Beachfire Bar and Grill.

The Roaming Radish team gather on the steps in front of the Freeland shop. In back are Yvonne Parker, Jess Dowdell, Paige Martin with Kelson Coughlin, Gary Fosmo, JP Dowdell and Stephen Ross in front. (Sue Averett of the-enchanted-studio.com photo)

“The plan is to turn it into an events center that you can rent out. We also will be able to hold our own events such as the Black Cat Ball (at Halloween) and the Heritage Thanksgiving Dinner,” she said.

Other ideas for events include a party on July 3 on the deck to watch the fireworks. The possibilities are endless,” Dowdell added.

Dowdell’s approach to creating food around the availability of quality ingredients, with an emphasis on local, organic and sustainable whole foods, seems to be the magic bullet that makes the Radish so busy.

“We’ve got 18 straight weeks of weddings every weekend coming up, plus other parties,” Dowdell said.

“This kitchen is tiny, and just not enough space for what we want to do,” she said.

Mainly, what she wants to do is to be able to say “Yes” to folks who need her company’s services, so that she can support more local farmers.

Chef Jess has a deep respect for local farms and the food they grow, having grown up on a farm herself on the east coast. The large kitchen at Holmes Harbor Greens will enable the Roaming Radish to host its own events, as well as to cater to the golf crowd and continue serving the local community with its popular take-out foods, and its custom cakes and other baked goods made by Dowdell’s husband J.P. Dowdell. His cakes are available for weddings, birthday parties and other events.

“JP’s cakes are amazing and we are looking toward wholesaling all of our baked goods,” she said. In fact, Dowdell would also like to see Roaming Radish meals available next the Amy’s brand in the freezer section of local food stores.

Roaming into new venues, wholesale markets and supermarkets are just a few of the ideas Dowdell sees as possible tracks for her company.  As it turns out, the name fits the company’s brand more than expected.

“This is our third kitchen in a year,” Dowdell said. “We definitely named our company well; because we actually do roam a lot.”

The Roaming Radish is currently closed at the Main Street location, but look for Roaming Radish favorites at Island Shakespeare Festival, serving audience members things to munch during “Much Ado About Nothing” from Aug. 3 to Sept. 15. The company will be set up and running in its new digs at the Holmes Harbor golf course in September, when the Roaming Radish will invite all its customers to join them for an open house.

Keep an eye on the Roaming Radish website, www.roamingradish.com, and Facebook page, where folks can see the menu for the week and can pick up to go. Also, look out for info about the open house at Holmes Harbor, which is not as far as you think.