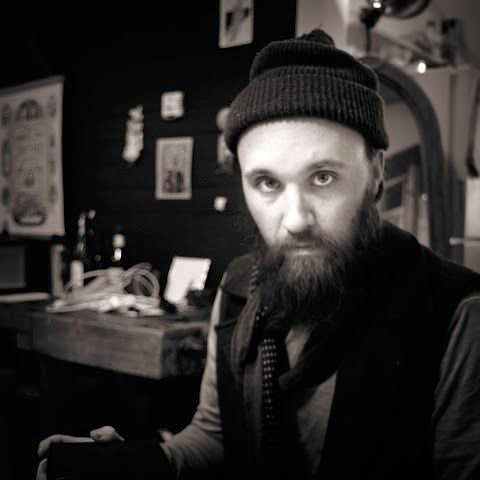 Talk about a good story. There was this dad in Issaquah—Beaver Lake, to be precise—back when you could still ride your horse into town and tie it to a hitching post. That was not as long ago and far away as you might think.

Anyway, this dad knew his little son was talented and creative. That’s why he taught him how to use his camcorder. The little 4-year-old kid was soon making films, setting up his Star Wars toys and capturing their wild adventures. His dad had no idea that by his boy’s early 30s, the prestigious Sundance Film Festival would have accepted his son’s work for the third time.

Of course, it’s a true story, and Langley resident Drew Christie, the Issaquah kid, is represented—not just once, but twice—in this year’s festival, which kicks off Jan. 21. His live-action short film “The Emperor of Time” will precede each of the six showings of “Nuts!”—a full length documentary by Penny Lane—which features some of Christie’s acclaimed animation work. Both films tell stories of enigmatic characters whose impressive accomplishments were colored, if not tainted, by notorious episodes or behavior in their personal lives.

“Storytelling!” Christie said. “In all my education and schooling, nobody told me how important writing was, how important storytelling is. [That understanding evolved for me] as I noticed what resonated with people who viewed my films. They liked anything with a strong story.”

Christie demonstrates the mutoscope, or flip box—an old, simple technology for viewing motion pictures. The device is prominently featured in “The Emperor of Time.”   (photo by Dave Welton)

Christie’s third Sundance film combines his respect for strong stories with his lifelong passion for photography, and for filmmaking in particular. “The Emperor of Time” is about Eadweard Muybridge, who pioneered the photographic study of motion and who also did some of the earliest projection of motion pictures.

The film’s narrator is Muybridge’s son, Florado, an intriguing choice for the role. Muybridge was tried for the murder of his wife’s lover and eventually acquitted on the grounds of justifiable homicide. His wife, Florado’s mother, died shortly after the verdict. Muybridge paid to put the boy in an orphanage, believing he was not his child, and had virtually no contact with his wife’s son for the rest of his life.

Another Whidbey Islander, Richard Evans, plays Muybridge in the film. It’s a silent role that the veteran television actor handles with grave aplomb. Whether as the cuckolded killer or the methodical, dogged innovator, Evans—as Muybridge—effuses steadfast determination, a resolve that denies or represses anything that would deter it.

“Bruce Launer, the woodworker, knew about Drew’s project and told him about me,” Evans said. “He called me, I read the narration and I thought it was really good. Drew is a very good writer. I loved doing it, too. It’s the way I really like to make films: hands-on, everybody doing anything they can to get it done.”

Christie used this vintage Russian camera as a prop in “The Emperor of Time” during a segment that explained how Muybridge devised a system to photograph galloping horses. His system  eventually resulted in the first motion pictures. (photo by Dave Welton)

Musician and songwriter Eli Moore is yet another Whidbey Island resident who helped make the film. Moore created sound effects that, along with Spencer Thun’s musical score and Hugh Ross’ narration, help create the stoically melancholic mood that carries the tale to its lonely, elegant conclusion.

“I really enjoy doing sound design and was glad that Drew asked for my help on this,” Moore said. “His work inspires me to create sounds out of unexpected or unconnected objects and combinations of objects. The train sound was my favorite to make. I recorded the sound of beating on a washing machine and added the sound of a gourd instrument that you blow. It sounds like a train whistle to the undiscerning ear.”

Christie is proud of the participation of community members in his project. “Yeah, it’s local! We filmed it all here on Whidbey except for one scene. We even have Georgia Gerber’s horses in it.”

Gerber is the much-acclaimed sculptor who created the “Boy and his Dog” on the terrace in Langley and “Rachel the Pig” at Pike’s Place Market in Seattle, among many others. Both have achieved almost iconic status in their respective locations.

Although “The Emperor of Time” is live-action, Christie mostly makes animated films. His previous two Sundance entries, “Song of the Spindle” (2012) and “Allergy to Originality” (2014), represent some of his finest work in this genre.

Drew Christie during a moment of reflection. “We are all mirrors,” he said. People tend to mirror the information they receive and project it back to the world.” (photo by Dave Welton)

Christie is highly prolific and many of his animated shorts are published on the internet. His work also appears in “Op Docs,” the New York Times’ award-winning forum for short, opinionated documentaries (http://www.nytimes.com/video/opdocs-drew-christie).They all bear Christie’s signature technique of telling stories in a way that sidesteps the viewer’s expectations and shines light on the frailty and faults in our shaky framework of received knowledge.

“I’m a natural skeptic,” he said. “I’m skeptical of everything, even my own opinions. There’s this truth we have that is filtered. We’re mirrors. People tend to mirror the information they receive and project it back to the world. One thing I do is to direct my audience, in a way they’re not used to, to examine things from a different angle.”

Strong story, different angles, skeptical outlooks, filters of truth. Christie works it all into “The Emperor of Time.” No wonder that the judges at Sundance were impressed enough to invite him to show it there. Third time’s the charm.

For more information about Drew Christie, and to view more of his films, his website provides a good starting place: http://www.drewchristie.com/. His whale video, “Song of the Spindle,” is also on Vimeo at https://vimeo.com/24884553.

Holden Sandal, a senior at South Whidbey High School, contributed to this article.