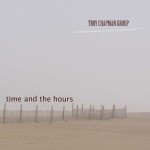 The Troy Chapman Group will perform at 7:30 p.m. on Friday, March 7 at the Whidbey Island Center for the Arts in Langley, WA.

Guitarist Troy Chapman, bassist Jonathan Small and drummer Scott Small will perform selections from their new CD, “Time and the Hours,” consisting of original compositions by Chapman along with fresh arrangements of songs from around the world. The group will appear as part of the WICA Local Artist Series.

This innovative local trio provides a unique tonal palate, seamlessly combining acoustic and electronic mediums. Utilizing a complex network of live audio editing software, MIDI interface and looping, along with virtuosic and expressive acoustic instrumentation, the Troy Chapman Group challenges everything you know about live jazz performance, delivering a sound so huge and rich that you will be startled to see just three musicians on stage.

Tickets for this event are $20 for adults and $17 for youth and can be purchased online at tickets.wicaonline.com or through the WICA box office. Tickets are for sale through the box office only, 24 hours prior to all shows. Please call the WICA Box Office at (800) 638-7631 or (360) 221-8268 if you have any questions regarding your ticket order.

Jazz guitarist Troy Chapman has been performing for audiences for over 30 years. After attending Concordia University in Montreal and The American Academy of Music in Chicago, he began his career in Chicago in the early 1980s performing with groups as varied as The Lee Roland Orchestra (big band) and Something Orange (power pop). Troy spent 20 years in the Chicago music scene before moving to the Pacific northwest in 2001.

He formed The Troy Chapman Group in 2012 to explore his compositions in a small group setting. Troy also plays guitar with Pearl Django, the renowned gypsy jazz ensemble from Seattle, WA. He has been a member of Whidbey Island’s Trio Nouveau since 2008 and is also the founder of the gypsy jazz ensemble Billet-Deux. He has had the opportunity to play with many great musicians over the years including legendary guitarists Bucky Pizzarelli and Martin Taylor.  Troy lives on Whidbey Island, WA.

After forming a successful rock band in high school, Scott Small went on to perform with many well-known Pacific Northwest groups spanning every style of music, from jazz to world-beat, soul to rock and roll.  He even played with Kenny G back in the 70’s. He also held the drum chair in large and small jazz ensembles at the University of Washington, Western Washington University, Stanford and Bellevue College and studied privately with several of the best teachers in Washington and California. Currently he’s gigging with the Eastside Modern Jazz Orchestra, Bahia, Ruzivo, and the South Whidbey Jazz Collective.

Fluent on both upright and bass guitar, Jonathan Small is one of the regular suspects on stage in jazz clubs and concert halls throughout the Puget Sound area. Jon has experience in a dizzyingly wide array of musical styles ranging through symphonic classical, bebop, blues, fusion jazz, classic rock, country, electronic, grindcore metal, Latin jazz, and several more.

After graduating from Sammamish High School in 2010, already touring outside the U.S. and recording as a first call bassist for several jazz ensembles in the Puget Sound area, Jon began studying at Cornish College of the Arts where he is now a senior. Guided by instruction from master bassist Chuck Deardorf, Jon has played with such greats as James Knapp, Randy Halberstadt, Jovino Santos-Neto, Tom Varner, Vijay Iyer, Rufus Reid, Walter Smith III, Dawn Clement, Jay Thomas, Eyvind Kang, Denney Goodhew, and Darcy James Argue, among many others.