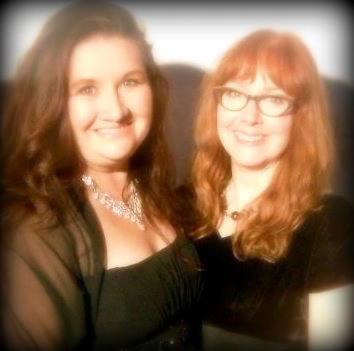 We’d Like to Thank the Academy: Susannah Rose Woods and Suzanne Kelman Advance to the Final Round of the Nicholl Fellowships

Susannah Rose Woods and Suzanne Kelman first met through creative endeavors at Whidbey Children’s Theater. Kelman had just finished work on Thoroughly Modern Millie, and Woods was about to begin directing productions of Into the Woods.

Kelman asked Woods to read some of her screenplays. Soon after, the pair started writing screenplays together, co-founding Goody 2 Productions.

Suzanne and Susannah at the CA Film awards 2013.

They’ve developed a unique routine for writing together: Woods will type while Kelman suggests ideas. If they ever hit a creative wall, they’ll play Harry Belafonte’s Jump in the Line and dance around Kelman’s writing studio. In conversation, the two writers seem to share a brain, often finishing each other’s sentences.

“I’ve been a writing partner with other people, but nothing like this,” Woods said.

“We have a really unique way of writing together,” Kelman explained. “We have this ability to not only pick up the other person’s thought but add on to it.”

More than fifteen years ago, Woods visited a Holocaust survivor museum. She came across a small plaque that told the story of an anonymous Dutch man living under Nazi occupation who decided to intentionally contract a deadly disease in order to get the medicine needed to save the life of a Jewish man in hiding.

When Woods told Kelman about the story, Kelman found that it kept her up at night. She told Woods it was a story that needed to be written as a screenplay. The two set about researching the story before writing a draft of the script. The first draft was written in less than a week at Kelman’s kitchen table.

“It normally takes me three months to write a script,” Kelman said. “This story wrote itself.”

They titled the script “Held,” which is the Dutch word for hero. Earlier this year, they submitted Held to the Academy of Motion Pictures and Sciences as an entry into the Nicholl Fellowship Award competition, a program meant to encourage new voices in screenwriting. This year, a record 7,442 screenplays were submitted.

Earlier this month, Kelman and Woods were notified that Held had advanced to the final round of twelve scripts.

“I was outside Kalakala in downtown Langley when I got the call and I screamed, fell to my knees and started crying,” Woods remembered.

In the next month, Academy-Award-nominated and winning artists will read the twelve scripts and decide which six to eight scripts will receive fellowships. The winners will be given $35,000 to help them write a new screenplay in the next year, and will likely be featured in industry publications like The Hollywood Reporter, Variety and Indiewire.

Woods expressed gratitude for the community that supports her writing: “Whidbey Island is such an incredible place that nurtures artists.”

September has been a particularly successful month for Kelman. She recently found out that her book, The Rejected Writers Book Club, has been picked up by Lake Union Publishing, a women’s fiction imprint of Amazon. Readers can expect a new edition to be released in the spring of 2016.

In other award-winning writing news, Kelman’s play, Over My Dead Body, was a winner in the Writer’s Digest playwriting competition. Kelman is grateful for her recent successes, which are the result of the dedication to her writing craft.

“I’ve been working twelve hours a day for five years, and it’s just all come together right at this moment.” Kelman said. “I feel blessed and overwhelmed that I’ve been given these stories to tell. I have the best life.”

All photographs courtesy of Suzanne Kelman and Susannah Rose Woods.

Leave a Reply to Donna Hood