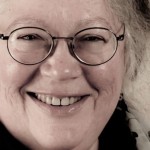 Pigment, Perspectives, and Pandas || What a Long, Strange Trip It’s Been

I, like many people these days, have been somewhat out of sorts. Okay, that is an understatement. I have been stressed out, depressed, and despondent like I haven’t been since my post-college boyfriend dumped me for one of my best friends. My cupcake consumption is WAY up. It’s been that kind of month.

Can you stand one more post about…um…you know what?

Pardon me while I run around screaming (Cartoon by Anne Belov)

For the last month or so, I have been trying to make sense of what the #@** just happened, not to mention what is going to happen in the next four years. It really doesn’t matter what side of the political spectrum you call home. I think we all know that this country could look very different in the months to come. Uncertainty leads to anxiety and anxiety leads to…more cake. I may survive the next four years, but it remains to be seen if my wardrobe will.

So, like any creative person will do, I make art about what’s keeping me awake till the wee hours of the night. This primarily takes the form of cartoons, but I have also felt compelled to write about what I was thinking and feeling in my introductions to my cartoons, as well as on Facebook and Twitter. There has been a lot of that going on among the cartoonists and writers that I follow.

There were, naturally, those who just didn’t agree with me, and well, that’s the way that is. Bye-bye! Hope you got what you wanted! But then there was one person, who agreed with my political point of view, but did not think that Bob T. Panda should be spouting off opinions all over Facebook and on my blog.

I said, “Well, we are all suffering from too much information, and I won’t be insulted in the least if you don’t want to read this. I wish I wasn’t thinking about this stuff, but I am, and it’s going to come out in my cartoons, and I am going to write about it.”

“But, but, but,” this person said. “You are famous. You have influence over people. You are a celebrity! People pay attention to what you say, and besides, Bob is imaginary!”

And then there was a long, drawn out discussion where I and various other fans of panda satire (mostly politely, I thought), told this person why she was wrong, and if she didn’t want to read what I wrote (which, mind you, she agreed with) she didn’t have to read it. The discussion went on for a few days till we all got tired of it and took our marbles (what’s left of them) and went home.

So, that got me thinking several things. First, I’m a celebrity!?! Huzzah! And second, I’m imaginary? Huzzah! But mostly, it got me thinking about the role and responsibility of creative people, be you musician, visual artist, actor, or writer. During the final months of the campaign, I had noticed many writers, editors, and agents for children’s literature speaking out on social media. This was kind of new, as I’d always been told, keep your opinions of politics to yourself. And I generally stuck to that. But this felt different. And as more and more people that I knew and respected were speaking out, I felt I could not remain silent. The forces of evil certainly weren’t being silent.

The final piece of the puzzle fell into place when I saw Amanda Palmer’s (yes, that Amanda Palmer) Facebook post about artists who remain silent in the face of racism, sexism, and oppression. We not only have the right to speak out when we see injustice, we have a responsibility to do so.

So get ready, because pandas are getting political. Deal with it.

Dis. Will. Not. Stand!!!
Cartoon by Anne Belov

Anne Belov lives and works on Whidbey Island, in an undisclosed location. Her paintings can be seen at The Rob Schouten Gallery at Greenbank Farm and at The Fountainhead Gallery on Queen Anne Hill in Seattle. You can find her peculiarly political panda satire at Your Brain on Pandas, and her books at Moonraker Books in Langley or on Amazon. Feel free to follow on Twitter where she is @pandachronicle and visit The Institute for Contemporary Panda Satire on Facebook. No pandas (or cats) were harmed in writing this post.