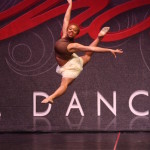 The evening will also include a raffle and silent auction; to donate items, contact the Team at (425) 320-7849 or email team@atlantisrovteam.com.

To donate via Paypal visit www.atlantisrovteam.com.